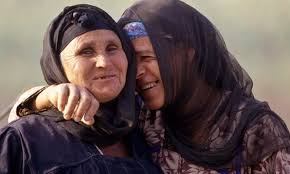 Regarding the causes of the female mortality rate, the CAPMAS disclosed that 50.6% of female deaths in 2017 were due to periodic system diseases.

The lowest percentage of female deaths was due to pregnancy, childbirth, and puerperal diseases, as the report presented that it decreased from 0.2% in 2014 to reach 0.1% in 2017.

Notably, maternal mortality rate is defined as the number of mothers who die during a specific calendar year due to pregnancy, childbirth, or during the 40 days following birth.

The CAPMAS monitored that the rate of older women with difficulties from high to absolute in 2017 represented 12.3% of total senior women in Egypt.

It further revealed that the difficulty of walking or climbing stairs represented the highest percentage of difficulties in that age group (60 years and over), where it reached 9.9% for females compared to 6.8% for males.

A source from the National Council for Women (NCW) explained that these improvements in the health of Egyptian women are due to the efforts of the NCW and the ministry of the social solidarity including, having a bill against the marriage of underage girls.

In addition to the draft law to protect women from violence, as well as the early detection of breast cancer in full for 52,000 cases through the NCW branches, the Women’s Health Center, the Ministry of Health, the Oncology Institute, the Nasser Institute, and the Baheya Hospital.

In terms of the ministry of social solidarity’s efforts to improve the women’s health, she explained that it includes raising awareness of 1.150 million families on the importance of family planning and providing free family planning services to women through 92 NGOs in 10 governorates.

In addition, there is a need to implement 439,000 visits and 51,000 women have been transferred to health units and clinics to receive service.

“Also, it should be mentioned that 33 family planning clinics have been equipped and developed by NGOs, and doctors and nurses are provided to ensure regular service, and 37 additional clinics are being developed in underserved areas, as well as launching intensive media and field campaigns, and devoting the capacity of 1,271 community educators to raise awareness,” she noted.