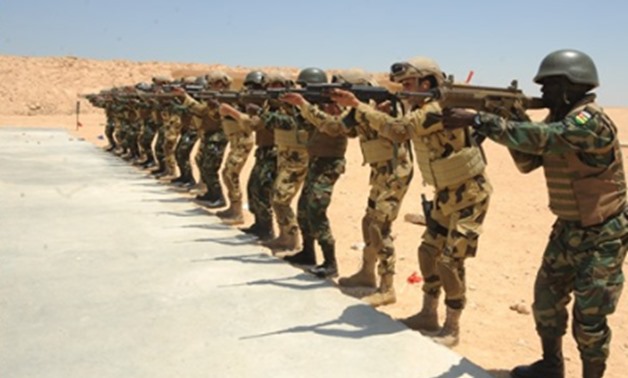 Egyptian and Togolese armed forces finalised counter-terrorism military drills on Friday at the Mohammed Naguib Military Base in northern Egypt, according to the Egyptian armed forces spokesperson, Tamer al-Refai.

The joint training included raiding a terrorist hotbed in a residential area and purging it of terrorist elements, al-Refai added.

Recently, the Egyptian military has been intensifying its drills by storming residential houses, beaches, buildings, and ships, as the country has been countering militancy in the Nile Delta and North Sinai.

The exercise started by holding several theoretical lectures dedicated to standardising concepts and coordinating joint efforts to carry out all training missions.

The final phase of the drills was attended by several military commanders from both countries. The drills are meant to support security and stability in Africa in the face of different threats.

“It reflects keenness by the Egyptian armed forces to boost military cooperation with African countries in light of Egypt’s current presidency of the African Union in 2019,” al-Refai shared.

Since 2015, Egypt has diversified and increased the number of countries which it conducts military drills with, ranging from the United States, the United Kingdom, France, to Arab and African countries.