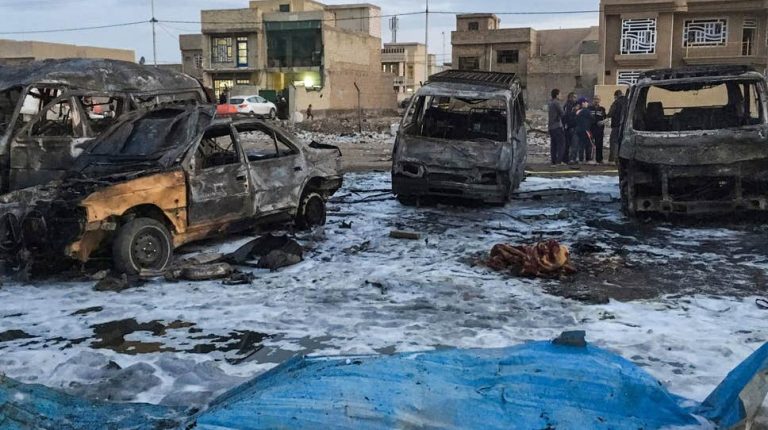 Egypt’s foreign ministry condemned on Saturday a terrorist attack on a Shiite mosque in eastern Baghdad, Iraq, on Friday.

A suicide bombing hit the Imam Mahdi al-Muntadhar Mosque in the al-Baladiyat neighbourhood during the Friday prayer. Seven people were killed and more than 20 others were injured, according to Reuters which cited Iraqi police sources. An unofficial Iraqi news outlet, Alsumaria, also reported the same number of casualties.

The suicide bomber tried to enter the mosque to detonate himself inside but he was stopped by the guards, Iraqi police revealed.

There was no immediate claim of responsibility for the attack.

The Egyptian foreign ministry expressed in a statement its condolences to the Iraqi government and people, affirming that Egypt stands with Iraq against extremism and terrorism.

Meanwhile, Al Azhar also denounced the attack, affirming that targeting civilians and worshiping places is prohibited by all religions and goes against all human values.

Saudi Arabia also condemned the attack and expressed its condolences for the families of the victims.

Meanwhile, the Arab League also denounced the attack, calling for a firm stand regionally and internationally against terrorist groups in order to maintain regional security and stability.