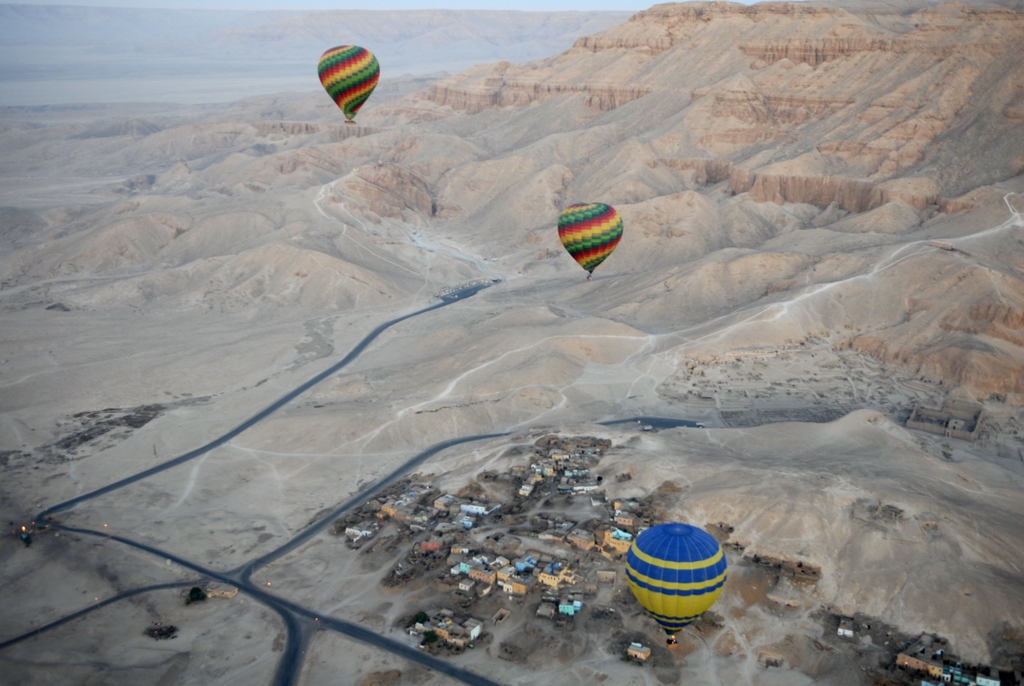 The popular Luxor hot air balloon rides have been suspended temporarily after tourists were rescued after a balloon was forced to land.

The tourists, five Indians, four Chinese, one British, and an Egyptian, AP reported, were ballooning over ancient temples when the strong winds blew them westward into the desert.

Their pilot managed to regain control of the balloon, and they eventually landed safely.

Local authorities said on Friday the rides would not resume until an investigation is completed, according to the state-owned newspaper Al-Ahram.

The newspaper added that a committee from the ministry of civil aviation was formed to look into the safety procedures the companies operating the balloons are taking.

The balloons are known for attracting high-paying tourists. A two-hour balloon trip costs approximately $100, while prices for special trips lasting two hours or more can cost as much as $500.

In February 2016, a hot air balloon carrying tourists crashed near Luxor after the fuel supply caught fire, resulting in the death of 18 people and injuring three others.