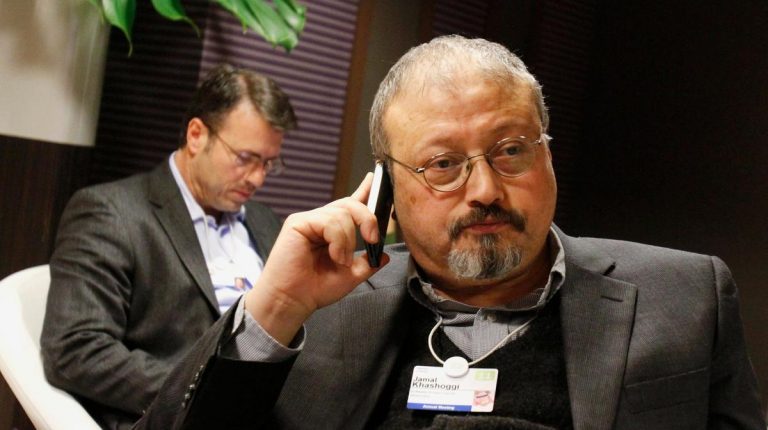 The case of Saudi journalist Jamal Khashoggi, who was killed last year inside his country’s embassy in Istanbul, resurfaced again following a human rights report by the United Nations (UN) calling for an independent investigation into the murder of the writer.

On Wednesday, French human rights expert and special rapporteur, Agnès Callamard, suggested that the crime was a “premeditated extrajudicial execution”, affirming that there is “credible evidence” that Saudi Arabia’s Crown Prince Mohammed bin Salman and high-level Saudi officials are responsible for the killing of the Saudi journalist.

“The evidence suggests that the murder was premeditated and that the direction from superiors was to kill Khashoggi, at the very least if he would not agree to return,” her report stated.

The report further revealed that such an operation “was the result of elaborate planning involving extensive coordination and significant human and financial resources.”

Meanwhile, the special rapporteur questioned the lack of transparency surrounding even the names of the accused. The report named the suspects in the murder including the crown prince’s adviser, and a forensic doctor with the interior ministry, Salah Mohammed Tubaigy.

In response, Saudi Minister of State for Foreign Affairs Adel al-Jubeir, rejected the UN report and tweeted that it “contains clear contradictions and baseless allegations challenging her credibility.”

He affirmed that the kingdom already ordered to carry out the “necessary investigations,” which he added led to the arrest of the “individuals indicted in the case.”

In the wake of the UN report, the United Kingdom Court of Appeal declared on Thursday that British arms sales to Saudi Arabia, which could be used in Yemen’s civil war, are “unlawful.” The court noted that the rule does not mean an immediate suspension, but it means that the UK government “must reconsider the matter.” Meanwhile, the United States Senate voted to block arms sales to Saudi Arabia, and it passed three resolutions to prevent the sale.

The 59-year-old journalist, Khashoggi, was last seen entering the Kingdom’s embassy on October 2 in Turkey to obtain required documents for his marriage from his fiancée Hatice Cengiz.

The case of Khashoggi grabbed global attention and support from human rights activists and journalists who view the murder as endless oppression and hazing of journalists. This is especially inside countries that have abundant records of human rights abuses.

In the beginning, Saudi Arabia, which came under intense criticism following the murder, denied the killing of Khashoggi, and gave various narratives, but eventually admitted that the murder was planned by a squad of 15 Saudi officials by orders from an intelligence officer.

However, it continued to deny any role or prior knowledge Mohamed bin Salman could have had of the crime, insisting that the suspects were not acting on his orders.

According to the Human Rights Watch recent report, “Saudi Arabia stepped up their arbitrary arrests, trials, and convictions of peaceful dissidents and activists in 2018, including a large-scale coordinated crackdown against the women’s rights movement beginning in May.”

In terms of Khashoggi’s case, sources from the Central Intelligence Agency (CIA) told the Associated Press (AP) on November 2018, that they believe that Mohammed bin Salman ordered the killing of Khashoggi in Istanbul. The CIA’s findings, reported by Washington Post and AP, were strongly rejected by al-Jubeir and the kingdom’s embassy in Washington.

US President Donald Trump defended bin Salman at several occasions and said that King Salman and Mohammad bin Salman vigorously deny any knowledge of the planning or execution of Khashoggi’s murder.

A month later, the US Congress issued a joint resolution to express its belief that bin Salman is “responsible for the murder of Khashoggi.” It also called on the US administration to end its military aid to the Saudi-led coalition in the war-torn country.

Will not go further

“I’m afraid that there is a very low likelihood that this [the UN calls for an investigation] will be pursued further,” Bessma Momani, professor at University of Waterloo, and senior fellow at the Centre for International Governance Innovation, told Daily News Egypt.

“Both Mohammed bin Salman and his US allies in the Trump administration will block and prevent this from happening at the UN. Beyond platitudes, I would not expect there to be many substantive actions taken by any of the P5 members of the UN Security Council,” Momani explained.

Momani added that she thinks Mohammed bin Salman “will be emboldened by the reality that he will not face any personal reprimand or investigation.”

“He will feel as though ‘he’s gotten’ away with it’. The consequence of that is a chill in freedom of expression throughout the Middle East region. Free thinkers will rightly note that powerful states can put a hit on them and not face any real consequence,” Momani noted.

“It is a sad day for intellectuals, journalists, and academics to name a few,” Momani expressed.

In terms of the US support to Mohammed bin Salman in this issue, Momani said that the “Trump administration needs Saudi Arabia and Mohammed bin Salman onboard with their tightening of maximum pressure on Iran and will stand by the crown prince if pressed on the matter.”

Saudis will not accept this

“Naturally, Saudi Arabia sees this type of activity [the UN report] as an encroachment on the kingdom’s sovereignty and the rules that govern tradition and Society,” Theodore Karasik, senior adviser at the Gulf State Analytics in Washington told DNE.

Subsequently, Karasik added, the Saudis are not going to accept the UN findings because they will conduct their own investigation based on their own laws.

“The Kingdom is adamant in its own judicial system processing this case without any foreign interference, which is seen as highly biased and without validity,” Karasik elaborated.

Moreover, Karasik also added that the Trump administration “is clearly in support of Mohammed bin Salman.”

“The US also seeks to have the Saudis be accountable but are quietly supporting the Saudi judicial process, while balancing ongoing negotiations between Washington and Ankara on a host of security issues,” Karasik suggested.

“This is actually a triangulation that illustrates the complexity of the situation of the moment. There is no doubt that Mohammed bin Salman represents a hero to many in the Arab world and beyond. This sentiment only grows the more that the future king of Saudi Arabia is criticised,” Karasik clarified.

“Riyadh sees Turkey’s hand behind the case in the sense of competition in the geopolitical sphere. That move [the way they handled Khashoggi’s case] by Turkey is wrong and only illustrates the tough spot that Ankara finds itself in now with more local issues, such as Syria,” Karasik concluded.