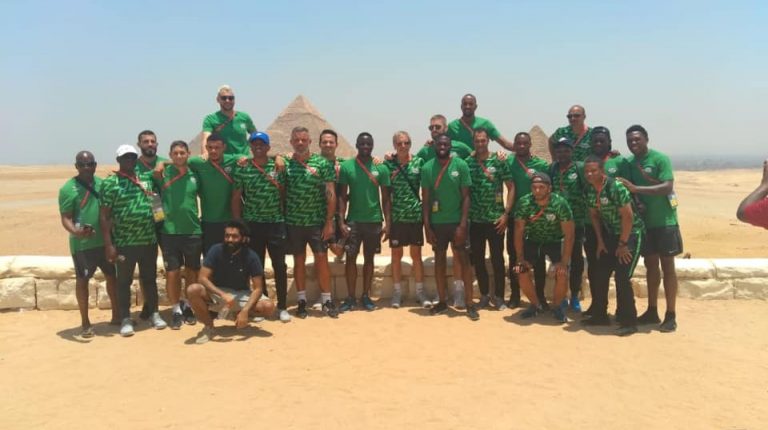 The world’s sight is directed toward Egypt as the 32nd Africa Cup of Nations (AFCON) got underway. The government launched promotions of the country’s tourist destinations.

South Africa’s national football team, which participates now in AFCON 2019, visited the Giza Plateau on Friday. They were welcomed by Ashraf Mohy El-Din, the director general of Giza Pyramids area.

Throughout their visit, the South African team toured the Great Pyramid and the Sphinx of Giza, and the Valley Temple of Khafre, and were accompanied by a tour guide who explained everything about the history of Egypt, and that different era’s rituals.

According to a press release published by the ministry of antiquities, the team expressed their astonishment of the Egyptian heritage and described the Pharaohs as brilliant.

The team ended their tour with a visit to the Giza Pyramids Panorama, where they took pictures overlooking the scenic Pyramids.

The team is supposed to have their first match in the championship on Monday, facing Ivory Coast.