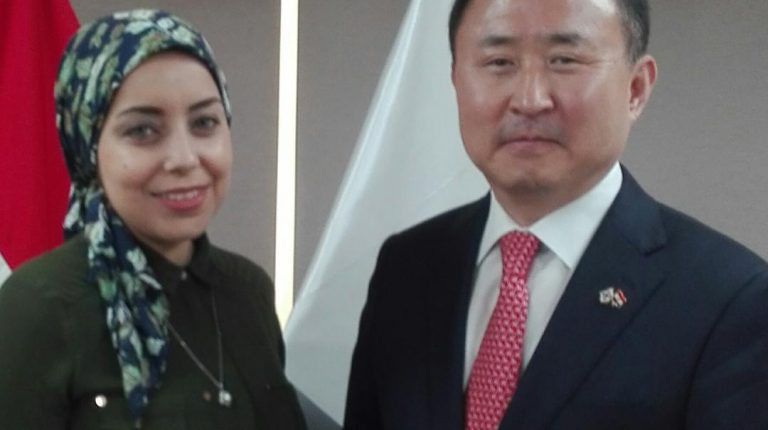 Egypt and South Korea enjoy wonderful bilateral relations. Yet, the Korean side is not totally satisfied and is still hungry for even better economic relations, Deputy Minister for Economic Affairs of South Korea’s Ministry of Foreign Affairs (MoFA), Yun Kang Hyeon, said.

“I was very much impressed by the Egyptian government’s achievements,” Yun told Daily News Egypt during his first visit to Cairo that lasted from 18 to 21 June.

The KSP offers comprehensive policy consultation tailored to the needs of partner countries encompassing in-depth analysis, policy recommendations, and training opportunities, the ambassador added, noting that Korea has been actively engaged with Egypt’s economic reform path through a number of KSP projects.

“In the year of 2017/18, there was the KSP project on the Improvement of Tax Administration in Egypt. Following the policy consultations of this project, the Egyptian government has officially taken serious steps towards a cashless society by approving the E-Payment Law and limiting cash payments for all government services earlier last month,” the ambassador highlighted.

Now, Korean companies like LG CNS are engaging in further discussions to introduce electronic tax receipt systems and e-invoice systems with the Egyptian Ministry of Finance, the ambassador said.

Samsung SDS is also coordinating with the Egyptian Ministry of Finance and the Egyptian Customs Authority to help streamline customs procedures and reduce costs through introducing Korea’s Single Window System, the ambassador shared.

“These systems, once adopted, will contribute toward enhancing Egypt’s competitiveness, facilitating trade as well as improving Egypt’s ranking as a business-friendly environment,” the ambassador stressed.

On 18 June 2019, DNE reported that the trade volume between Korea and Egypt reached $2.2bn last year. While exports from Egypt to Korea surged almost 250%, Korean exports to Egypt increased merely 39.4%.

There was a big increase in gas exports to Korea following the start of production from the Zohr field, which comes into effect in the trade exchange, according to the ambassador.

Companies uncommitted to e-invoice system will be referred to prosecution: Finance Minister