Egypt has returned as the host of African Cup Nations (AFCON) 2019. The opening ceremony of the 32nd edition of the AFCON was held on June 21 at the Cairo International Stadium and it surely dazzled the world.

In only 20 minutes, a mesmerising display of lights, figures, and colours, alongside AFCON’s official song “metgamaeen” (together), that was performed by Hakim, Femi Kuti, and Dobet Gnahore–a performance which left a mark on everyone from those sitting in the stadium to those sitting in their living rooms in awe.

Social media users praised the organisation and the opening ceremony, expressing their astonishment toward the visual effects the opening showcased.

With the hashtag of #AFCON2019, users spoke all night long about the fascinating ceremony online. 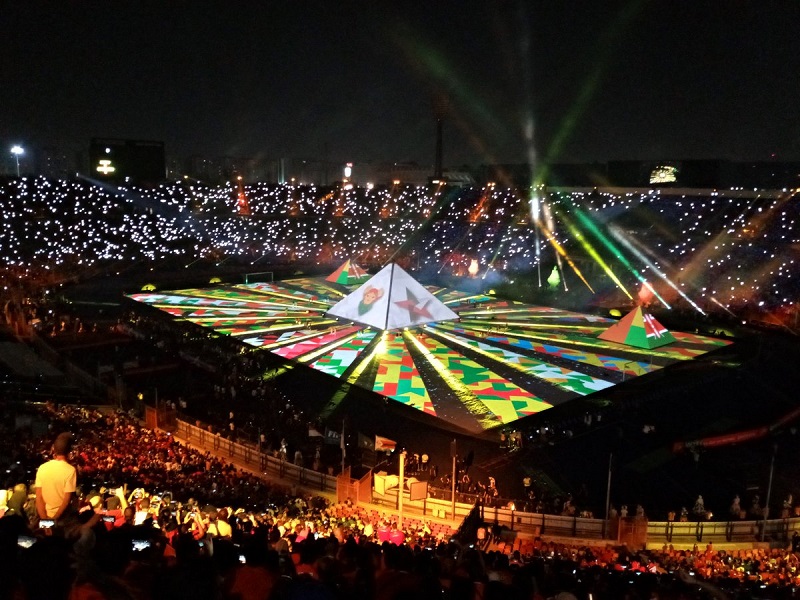 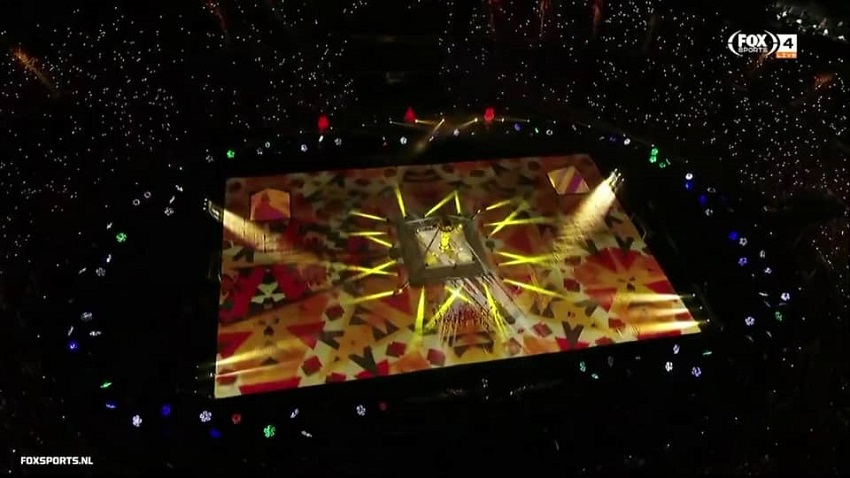 “Oh wow. Egypt hosted the world cup tonight. There have been criticisms about African football of late. We showed them class. This is Africa. And this means more,” one person tweeted.

“I guess Egypt made Africans proud! What a time to be alive,” another added. A third person tweeted, “Egypt is making Africa proud since 3,100 BC.”

Former TV anchor Lamis Elhadidy also praised the opening saying, “Amazing African cup opening ceremony. You made us all proud. This is Egypt, this is Africa.”

The opening ceremony began with huge 3D statues of the three pyramids in the middle of the stadium with the distribution of lights and figures of the Nile river and the desert. The colours and lights painted the flags of all the African countries and then showcased the AFCON cup that was unveiled beneath the Great Pyramid of Giza model.

The ceremony witnessed spectacular and distinct scenes from Africa, as well as the dazzling use of colours and the flash lighting from the mobiles of over 75,000 fans.

For his part, the Swiss Gianni Infantino, FIFA president, expressed his happiness at the opening ceremony. He said he was keen to attend this ceremony after receiving the invitation from the President of the Egyptian Football Association, Hany Abou Rida, and the President of Confederation of African Football, Ahmed Ahmed, confirming that the opening ceremony is the best evidence of Egypt’s ability to organise the largest sports events.

He also expressed his pride in being in the main cabin next to Egyptian President Abdel Fattah Al-Sisi and African official delegations. 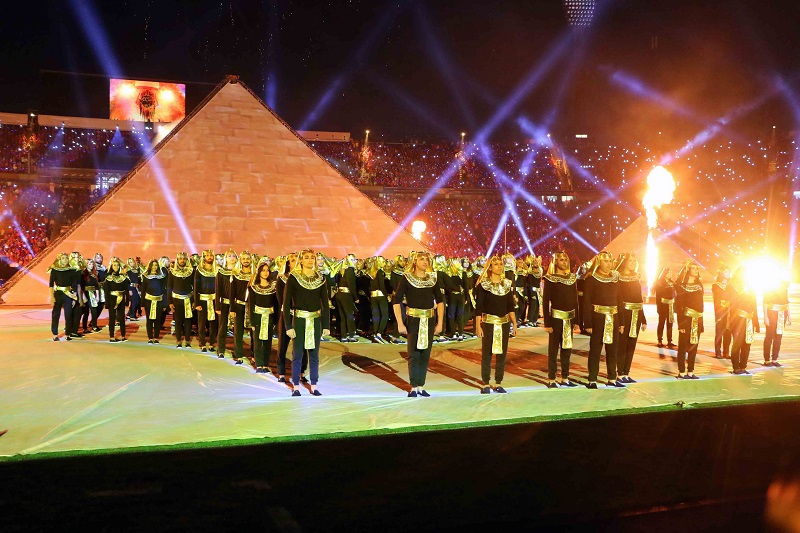 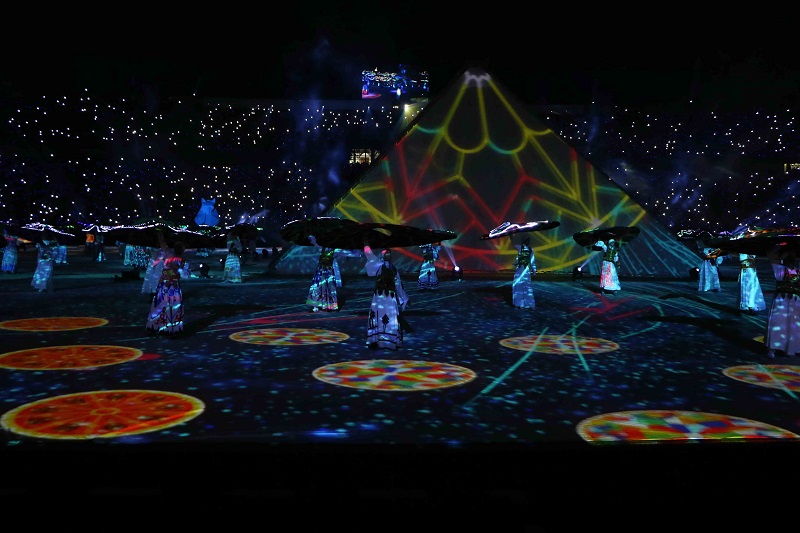 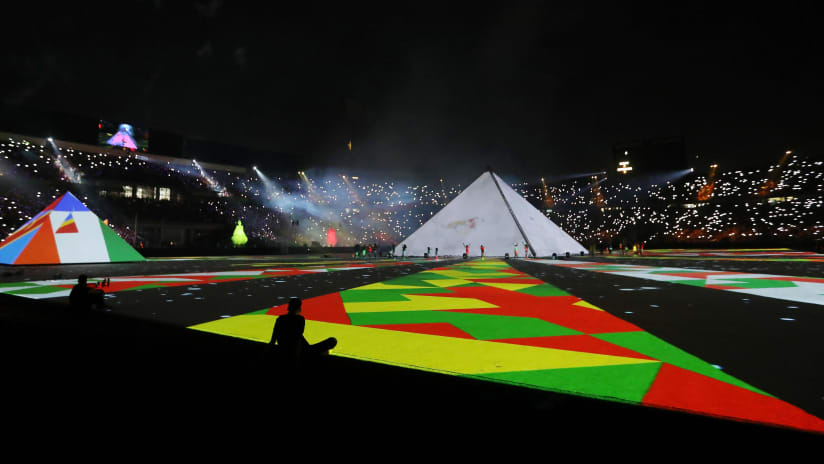 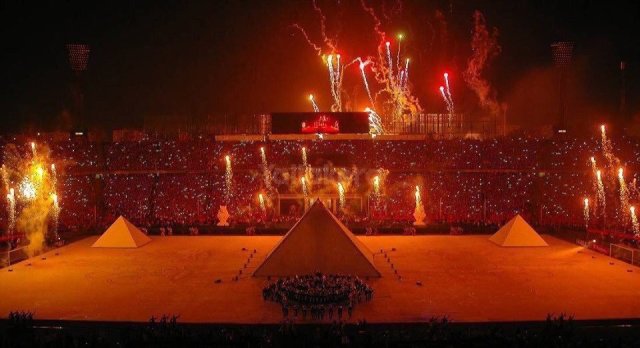 Egypt grind out win to launch Africa Cup of Nations, according to the Guardian.

The British newspaper also said that the event was a spectacular and colourful opening ceremony inside the jam-packed 75,000 capacity Cairo International Stadium in Egypt.

“The Egyptians did not disappoint with a well-choreographed and technological propelled opening ceremony,” it added.

The Spanish newspaper AS described the opening ceremony as “impressive” and worthy of the name of Egypt and historical version of the championship in the land of the Pharaohs, which saw the participation of 24 teams for the first time.

The BBC confirmed that the AFCON opening ceremony in Cairo, Egypt, was spectacular, especially in the light effects.