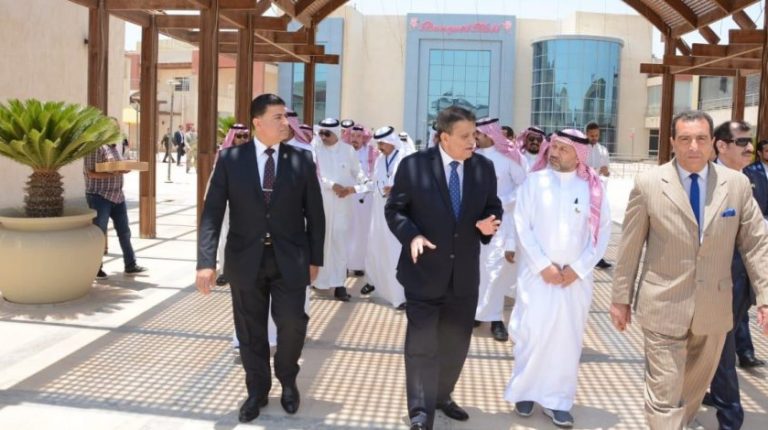 Last week, a delegation from the National Real Estate Committee at the Council of Saudi Chambers has concluded its visit to Egypt which aimed to attract and increase Saudi investments in the construction and real estate sector in Egypt.

The delegation visited Egypt in the period from 15 to 19 June to identify the investment incentives provided by the Egyptian government, as well as the economic reforms that have been introduced in the last period.

The Saudi delegation, which included more than 50 Saudi investors from major real estate developers and real estate investment companies, met with the chairperson of the Administrative Capital for Urban Development (ACUD) and visited the company’s projects. In addition, the delegation met with Egypt’s minister of investment and international cooperation, head of New Alamein City Authority, and Governor of Alexandria.

During their visit to the New Administrative Capital (NAC), Ahmed Zaki Abdeen, chairperson of the ACUD, called on Saudi businessmen to invest in the NAC, especially as it is a first-class investment project and very profitable.

Abdeen said: “The NAC project is a real achievement and I invite you to participate and invest in this great work,” pointing out that all the infrastructure work will be completed by the end of this year–where about 70% was completed.

The Saudi delegation raised the problem of profits and capital transfer that foreign investments had been exposed to in the past years. In this regard, Vice President of Egyptian Businessmen’s Association (EBA), Fathallah Fawzi, said that the New Investment Law ended all problems related to free movement of profits and capital as well as granted incentives and provided many facilities to investors and businessmen.

He pointed out that the ministry of investment exerted great efforts to solve investors’ problems and introduced investor services automation, in addition to the availability of multiple systems to grant land to developers and companies.

Fawzi elaborated that investors can obtain lands within a period not exceeding two weeks with various selling systems.

“Investment in Egypt and Saudi Arabia has become more flexible and attractive to businessmen and investors thanks to the incentives adopted by the two countries over the past years,” head of the Saudi delegation and Chairperson of the Real Estate Committee, Hamad Al-Shuwayer, said.

He added that the Saudi delegation looked forward to investing in Egypt in various national projects and governorates.

He noted that the vision of Saudi developers and real estate companies for the NAC project has completely changed after the visit organised by EBA.

“The reality of the New Capital project is more than we imagined–a great work in record time,” Al-Shuwayer added.

Alaa Fekry, member of the board of directors of the Real Estate Investment Division of the General Federation of Chambers of Commerce, said that the visit is a very good step, and it had to take place a long time ago as Egypt sought to attract foreign investments to the Egyptian market.

He pointed out that Egypt is witnessing a boom in development and investment opportunities in various sectors, noting that it has witnessed an increase at the level of laws and legislation, which created an attractive environment for investment.

Fekry stressed the need to seek the organisation of similar events and visits to encourage Arab and foreign capitals to invest in Egypt, in order to provide opportunities for investors to form their investment vision in Egypt and to develop their necessary studies for this.

Additionally, there is a need to identify local investors and provide opportunities for successful consortiums and partnerships, especially with the preference of a large sector of Arab investors willing to cooperate with Egyptian companies possessing special expertise on the nature of the market and its requirements, he noted.

Fekry explained that the real estate sector has promising investment opportunities in service investments such as commercial, administrative, educational, and medical projects, adding, “There is a real need for these projects in Egypt with the rapid development witnessed in new cities and increasing customer needs.”

For his part, member of the construction committee at the EBA and First Group’s Chairperson, Bashir Mostafa, said that the visit was successful and achieved very positive results at the level of the Saudi and Egyptian sides.

Mostafa pointed out that this visit came at the right time especially in light of the real urban renaissance in a number of Egyptian governorates, in addition to the state’s direction and its understanding of the importance of the real estate sector, its impact on the state’s GDP and its ability to attract more foreign investment, especially in light of the emergence of a number of legislation for organising the market taken by the state recently.

Yousrey El-Sharkawi, CEO of House of Consultancy, said that the delegation’s visit to Egypt is one of the most important commercial visits to Egypt in recent times.

He attributed this to several reasons, the most important of which is a confirmation to Arab investors that the current investment climate in Egypt has become promising and attractive after many reform packages have been recently carried out by Egypt.

El-Sharkawi explained that the field visit to the fourth generation cities and mega national projects implemented by the state recently would contribute to attracting investment which requires facilitating procedures and getting the highest rates of return on profit.