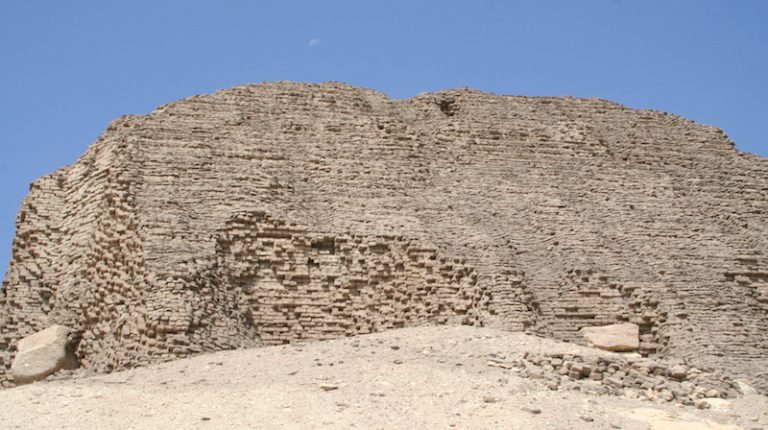 The Egyptian Ministry of Antiques is to open El-Lahun Pyramid for the first time on Friday, June 28, coinciding with the celebrations of 30 June.

Although the pyramid has been closed since its entrance was discovered up until now for restoration works, the ministry has decided to open it up for the public to visit.

El-Lahun (or Senusret II Pyramid) is 22 km away from the Fayoum governorate. It is made of mud brick and was constructed for pharaoh Senusret II in the Twelfth Dynasty on a 12 metre hill at the El-Lahun city outskirts.

Unlike the rest of the Egyptian pyramids which have their entrance at the north side, the El-Lahun Pyramid’s entrance is a vertical shaft under a princess’s tomb located about a dozen yards off to the east of the southern pyramid side. Interestingly, this was made to ward off grave robbers.

In 2009, archaeologists discovered a cache of pharaonic-era mummies in brightly painted wooden coffins near the El-Lahun Pyramid. The mummies were the first to be found in the sand-covered desert rock surrounding the mud-brick El-Lahun Pyramid.

More antiquities intended for smuggling detected, others to be returned soon: Tourism Police

Decrease in revenues since 25 January pushes the Ministry of Antiquities to think outside the box: Mohamed Ibrahim

Tourism in the news: Zazua: Tourism is not dead, but has been ill