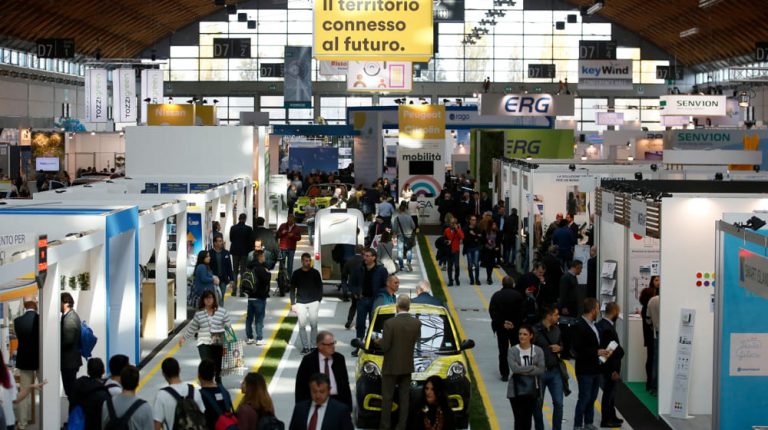 Ecomondo 2019 is scheduled to start from 5th to 8 November and this edition will focus on the cross-sectoral industrial symbiosis of green and circular economies.

It will be held simultaneously with Ecomondo, Key Energy, for the world of renewable energies, and SAL.VE, the triennial Waste Vehicle Expo.

Ecomondo 2019 will also host the annual appointment with the States General of the Green Economy, promoted by the National Council of green economy, in collaboration with the ministries of environment and of economic development, for an analysis and an update on the most crucial economic and normative issues.

A leader in the Euro Mediterranean area for circular economy and incubator of innovation for enterprises aiming for new business models, Ecomondo has assumed the role of a platform from which useful plans emerge for new legislation, managing and planning various territories and, above all, doing business according to the green economy, thanks also to the qualified proactive Technical Scientific Committee chaired by Professor Fabio Fava of the University of Bologna.

Furthermore, in this year’s edition there will be comprehensive innovative technology for integrated management and exploitation of material to improve the efficiency of the manufacturing processes.

Also, the expo is to spotlight circular bio-economy, focusing on EU regulations aimed at limiting and eliminating disposable plastic products, as well as the remediation of contaminated sites and their consequent requalification, which will feature the participation of the sector’s key players. This area will also feature the debut of the new sector on hydrogeological risks, dedicated to systems and solutions for the prevention and main climatic risks, such as flooding and coastal erosion.

Finally, there is the area dedicated to the integrated wastewater cycle, with double the exhibit space and the enterprises of the water cycle, from its sourcing to its return to the environment. In the expo area there will also be a focus on the use of water in agriculture, and a seminar on sustainable irrigation held by two members of the Water Technical Scientific Committee, Francesco Fatone (Marches Polytechnic University and International Water Association – IWA) and Attilio Toscano (University of Bologna).

In 2019, Ecomondo will again feature a focus on Italian and international start-ups, in collaboration and with the support of ASTER–Emilia-Romagna Region, the Knowledge Innovation community of the EIT (Climate, Raw Materials and InnoEnergy), the University of Bologna and Confindustria Giuseppina Mai Foundation.