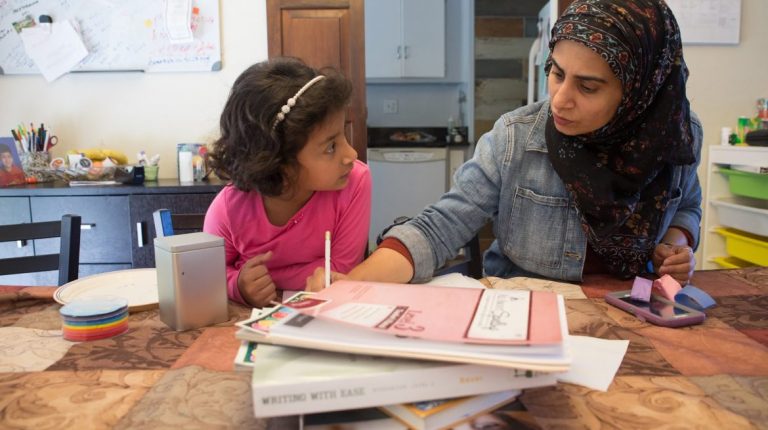 Alternatives to formal education are on the rise, homeschooling became one of the alternatives available to parents, allowing them a chance to offer a richer, more personalised educational experience than any of traditional school curriculum can.

Nouha Hafez, one of the parents –currently working in an academy offering homeschooling option– who decided tread on that path. She believes that homeschooling her son Ali, allowed him to be less stressed, and unleash his talents.

Another parent, Nesma share a similar view, Nesma felt the long hours her children spent at school with a poor curriculum and a lack of activities were of no benefit to them, and that now her daughter became more eager to study.

However, Egypt doesn’t recognise homeschooling, and the children has to be enrolled in a school, the only option available for them to be homeschooled, is to be enrolled in a school that allow them to enroll without attendance, they only need to go take the exams in such school.
According to Kamel Mogheith, an educational expert, modern technology made homeschooling more efficient, as social media allowed better communication between homeschooled students and their tutors.

Furthermore, Moustafa Farouk who currently is the head of an academy that offer homeschooling option to the parent, said that the idea started when he faced problems with the schools where her kids are enrolled at. So he decided to look for alternative options, and review the experience from different countries.

Another parent, says that his daughter personalty has changed, as she became more interested in learning, not out of fear of punishment, but instead she became eager to learn.