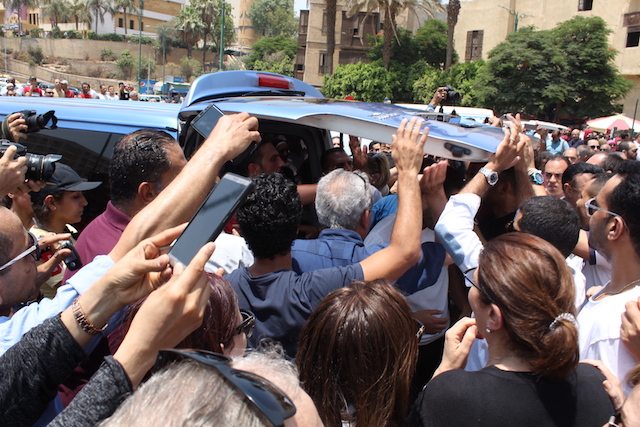 Ezzat Ahmed Shafiq Abu Auf, 71, had been hospitalised for a month and half until he passed away on Monday. He had been shooting a film with Egyptian actor and singer Tamer Hosny, until he became very sick and had to be transferred to the hospital.

Abu Auf was a brilliant multi-talented artist. He was an actor, musician, and head of the Cairo International Film Festival for several editions.

He managed to leave his touch in all the artistic fields he worked in.

He was born in Cairo in 1948 to a wealthy family. He received a bachelor’s degree in medicine, and he and his sisters formed a band in the early 1980s that was known as ‘The Four M.’

A funeral was held for the late artist in Al-Sayeda Nafeesah Mosque for the afternoon prayer, in attendance of his family as well as the head of the Actors’ Union, Ashraf Zaki and Minister of Culture, Inas Abdel-Dayem.

“Today, Egypt has lost one of its great landmarks. Abu Auf performed in a number of unforgettable films, and series,” said Zaki.

The ministry of culture as well as the Cairo International Film Festival mourned Abu Auf.

In 2015, Abu Auf’s health reportedly started to get worse after the death of his first wife Fatima.

The late artist left behind a legacy of more than 100 works including cinema, drama, and theater.