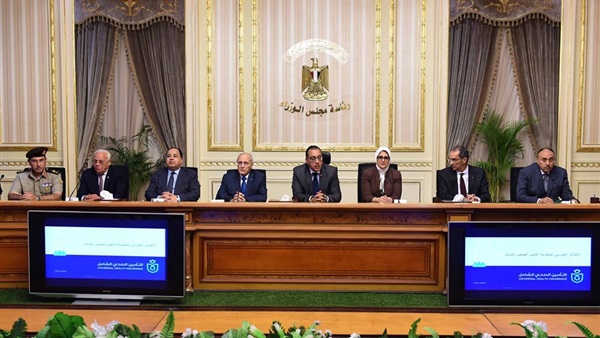 At a press conference, Prime Minister, Mostafa Madbouly, said the governorate will be the first to benefit from the new system through 11 general and specialised hospitals, and 32 healthcare units.

In her speech, Zayed said the system will reduce the burden of medical treatment on the Egyptian family, and stressed that President Abdel Fattah Al-Sisi is following the details of the system’s application to ensure its implementation at the highest quality and level, worthy of Egyptian citizens.

She also noted that the second batch of training doctors working in the system in England will travel within days, in batches of 35 doctors reaching a number of 300 family doctors.

Zayed referred to the fact that the registration of families in the system in Port Said continues through to September 1, and with the launch of the system, there will be no treatment at the expense of the state or health insurance in its old form.

She explained that any province which will start the system will work for two months in a pilot to be an opportunity to register families for themselves before paying for the service at its real price. The price is completely different from the old prices due to the new level of service provided.

The new healthcare system is one of the fruits of June 30 Revolution that put Egypt back on the right track, Madbouly said.

He said the government was keen to conduct an economic reform programme in tandem with a social care programme targeting impoverished brackets, especially in Upper Egypt.

He added that by the end of this year, Egypt will be free from unsafe areas.

The system is supposed to be implemented within a maximum of 15 years, beginning with the governorate of Port Said. Parliament approved the controversial and long-awaited comprehensive Health Insurance Law last December, and it is expected to be implemented in six stages, each comprising a number of governorates. The final stage will include Cairo, Giza, and Qaliubiya.