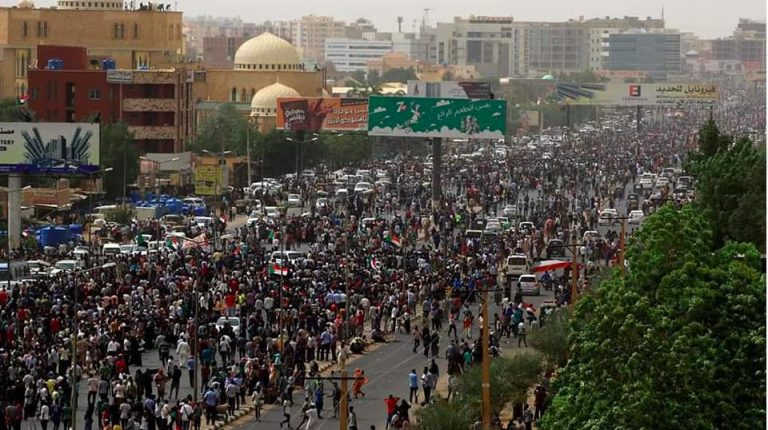 At least seven people were killed, and scores were injured in a mass “million man march” which swept the streets of Sudan’s capital calling for the handing over of power to a civilian-led government and justice for the people killed during the Sudanese uprising.

The central committee of Sudanese doctors (CCSD) said on Monday that three bodies were found in Omdurman, while earlier it stated that four people were killed during the protests.

Meanwhile, the Sudan News Agency (SUNA) reported that seven people were killed and among them were members of police officers and others from the rapid support forces (RSF). About 181 others were injured, SUNA added.

Tens of thousands of people responded to the protest leaders calls for a “million man march” on June 30. Huge crowds headed to the presidential palace and to the defence ministry to demand “freedom, peace, justice, and a civilian government.”

“Today has been a glorious day in Sudan, not only because of the multitude of people who participated in the protests but also because of their unfailing commitment to non-violent resistance,” the Declaration of Freedom and Change Forces (DFCF) said on Sunday in a tweet.

“Peace has always been our movement’s first word and it will be its last,” the DFCF continued.

In a statement on Sunday, Sudan’s Transitional Military Council (TMC) said that it allowed demonstrations to take place on June 30, however, the marches went off-course.

The TMC said that some demonstrators threw rocks at the government forces and injured some of them, adding that some “elements seeking to ignite strife,” used fire against protesters and government forces. The TMC revealed that 11 of the RSF and 12 police were injured.

Police used tear gas against protesters during the mass demonstrations.

On this, the TMC said that the DFCF incited the huge crowds to head toward the defence ministry headquarters and the presidential palace, therefore, the forces used the tear gas.

Meanwhile, General Mohamed Hamdan Dagalo, known as ‘Hemeti’, the deputy head of the TMC, pledged on Sunday to form a civilian-led government with a comprehensive and fair agreement with political powers.

The June 30 “million man march” is the biggest of its kind in the country since the protest sit-in held outside the military headquarters in Khartoum was violently dispersed by security forces last month. More than a hundred protesters were killed and around 500 were wounded according to the opposition’s figures.

Talks between the military generals and the opposition alliance were suspended since the Khartoum sit-in was dispersed.

Since December, Sudanese people from a wide spectrum of society swept into the streets to initially protest against the high increase in the cost of living. Then, they demanded the toppling of Omar Al-Bashir and his regime, who has been in power since 1989.

Al-Bashir was eventually removed by his military generals and he is currently in prison facing charges of corruption and the killing of protesters.