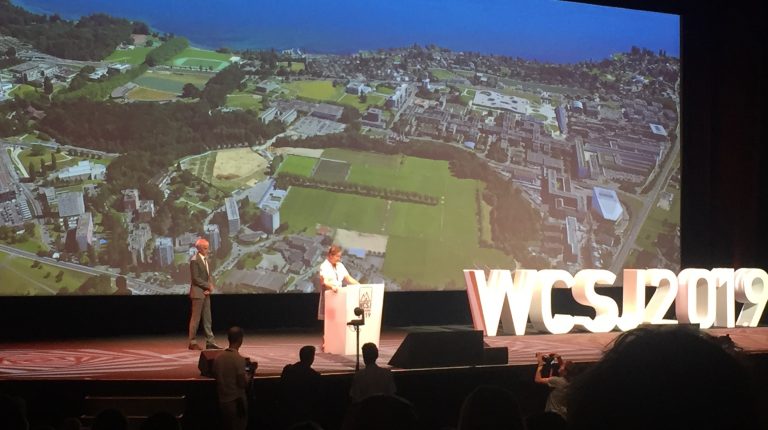 Lausanne – The 11th World Conference of Science Journalists (WCSJ2019) kicked off on Monday in the city of Lausanne, Switzerland.

About 1,200 researchers, business leaders, policymakers, science communicators, and journalists from more all over the world attended the opening of the five-day forum which is hosted by the L’Ecole Polytechnique Fédérale de Lausanne (EPFL) at its SwissTech Convention Centre.

The WCSJ 2019 has five main tracks. The first theme is about science and the latest developments in a range of fields. The second theme is about the way science is done, its relation to society, and the role of science journalists.

The WCSJ2019 is held every two years in a different country in each round and aims to enable science journalists from different continents to meet and start working together more efficiently.

During his speech at the opening ceremony of the conference, President of the WFSJ, Mohammed Yahia, said that the federation has 61 member associations in 50 countries, representing more than 10,000 science journalists.

Calling for reaching out more countries that are still not in the federation, Yahia added that, “there are close to 200 countries at the UN. 150 more to go!”

Shawkan finds organisation for journalists’ rights while in detention