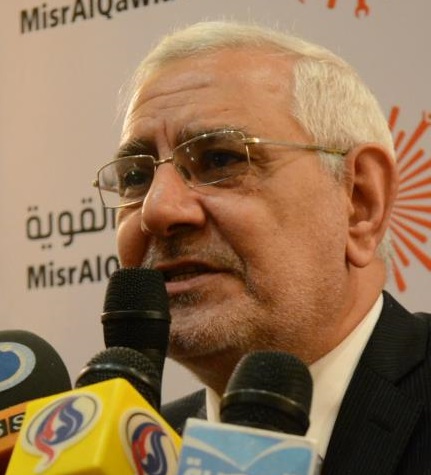 Islamist politician and the former presidential candidate Abdel Moneim Aboul Fotouh is not suffering from medical negligence and is receiving regular visits from his family,  state-run Al-Akhbar newspaper reported, following several statements from his family and human rights groups.

Al-Akhbar quoted a security source denying the deterioration of the health status of imprisoned Aboul Fotou, claiming that he is receiving full and necessary medical care.

On June 30, two human right groups, the Egyptian Center for Economic and Social Rights and the Adalah for Rights & Freedoms, both based in Cairo, released a joint statement in which both entities claimed that Aboul Fotouh is “being subjected to deliberate media negligence while he is in prison.”

According to the quoted who spoke to Al-Akhbar on a condition of anonymity, Aboul Fotouh was granted family visits, the last being on June 29.

The source was also quoted saying that the Interior Ministry’s Prisons’ Department “is able to afford all the necessary medical and living care to all prisoners.” He noted that any prisoner proved to be in a dire need for medical care is immediately transferred to hospitals outside prison.

On February 2018, security forces arrested Aboul Fotouh, he was referred to prosecution to face interrogation over charges of “disseminating false news that hurt Egypt’s national security and for commanding and financing a terrorist group,” according to state media.

Since then, Aboul Fotouh’s detention has been renewed. He is now resident in the Tora prison, where some of the MB members and leading figures are imprisoned over charges that deal with “promoting and planning terrorist acts against the Egyptian state.”

The two human rights organisations called on Egyptian authorities to save Aboul Fotouh from what they claimed is ‘deliberate medical negligence’ saying that this may lead to his death.

Aboul Fotouh, 68 years old, “is suffering several diseases due to the deteriorated living conditions inside the jail, beside the intransigence performed by the administration of the prison against him. This is clear in preventing him from receiving appropriate medical care or transferring him to hospitals outside the prison,” the statement read.

In another statement, his family said that he has suffered from two consecutive heart attacks on June 28 and 29 while he was in his solitary confinement. The statement called upon Egyptian authorities to end the solitary confinement for Aboul Fotouh and to provide him with proper medical care.

The Islamist politician, Aboul Fotouh, first appeared as a candidate in the 2012 presidential elections. He has a partial affiliation to the now-outlawed Muslim Brotherhood (MB) group; however, he promoted a different strategy and ideology to that of the Islamist group.