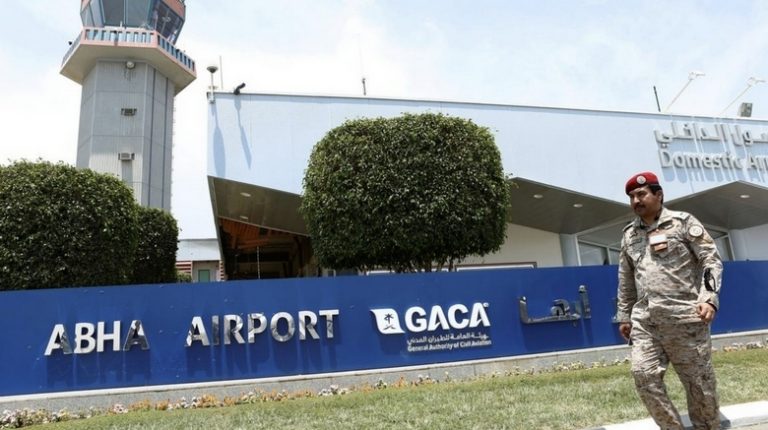 The Egyptian Foreign Ministry has condemned the Houthi attack that hit a Saudi airport on Tuesday and injured nine people.

In a statement on Tuesday, the ministry voiced its support to the Saudi government and people, wishing all injured people a speedy recovery.

A Houthi drone attacked early Tuesday the Abha International Airport, and injured eight Saudi nationals and an Indian citizen, the Saudi and UAE coalition declared on Tuesday. The coaltion also disclosed that all wounded are in stable conditions.

The attack targeted the airport’s runways of warplanes, Reuters cited a spokesperson of Houthi movement. Flights at the airport have resumed according to Saudi website Al Arabiya.

Earlier in June, Houthis launched a drone attack on the Abha airport, killing a Syrian civilian and wounding 21 others. The Saudi coalition responded by launching several airstrikes against “military sites of Houthis and their air-defence systems” in Sanaa, Yemen’s capital, the coalition said.

In 2015, Saudi Arabia, which supports the embattled Yemeni President Abdrabbuh Mansur Hadi’s government against Houthi rebels, intervened in the Yemeni conflict to prevent the fall of Hadi.

Saudi and the UAE-led Coalition, backed by the United States, including Bahrain and Kuwait, have launched hundreds of strikes in Yemen, killing thousands of Yemeni people, including civilians.