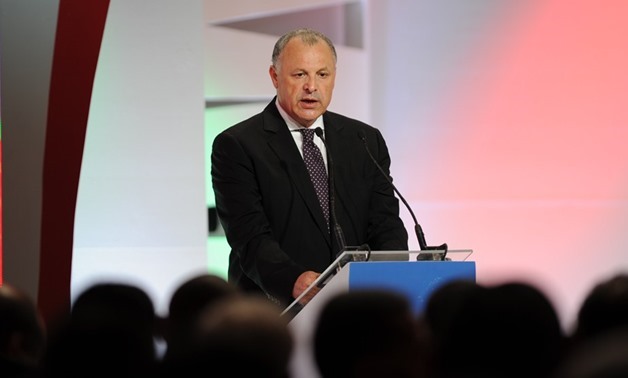 which qualifies for the Olympics.

He added that Egypt can, after investing in stadiums, host any tournament any time.

Abu Rida pointed out that the date of hosting and applying to host the UEFA Super Cup has not been set, along with other attempts to host the Italian super cup (Supercoppa Italiana) or the Spanish super cup (Spanish Supercopa ) and will be determined in the future.

Regarding the issue of Amr Warda, Abu Rida explained, during the press conference on Tuesday, that the suspension was aimed to amend his behaviour, shrugging the idea that players are more powerful than EFA.

“Everyone is united, and we are trying to deal with the problems quickly to continue tour path towards the AFCON title,” he stressed.

He said that the problem in the ticket system is primarily security. It is easy to open the stadiums for the masses, however for the security of the Egypt’s guest fans from other nation’s the EFA doesn’t do that.

He pointed out that he is in talks with all ministries to find alternative solutions after the beginning of the knock-out stages.

Nathalie Rabe – Director of Communications – Confederation of African Football (CAF), said that the organizing committee and the CAF have received more than 2,800 applications to attend AFCON, 1,800 of which have been approved.

She confirmed that the procedures for attending matches must be done one day prior to the game, since all 1,800 journalists cannot attend at the same time.