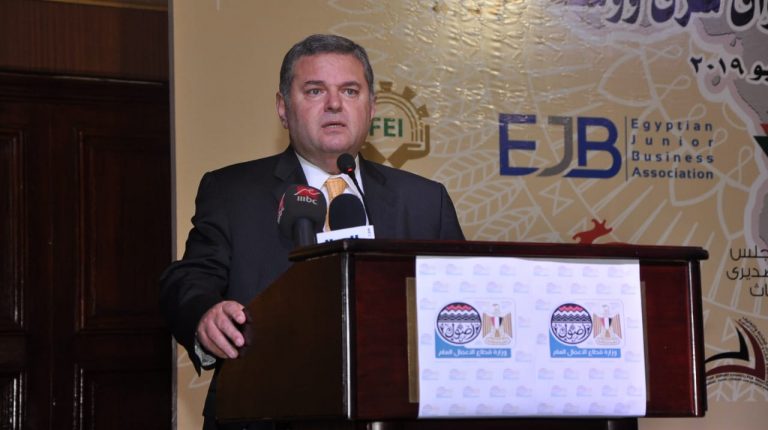 Tawfik said during the Foreign Trade Bridges Conference for Central and Eastern African Markets, that he asked the Chinese ambassador in Cairo, during a joint meeting last week, to nominate a certain number of Chinese companies to start negotiations with them.

He added that the automotive industry is currently developing, and that it is heading towards electric vehicles, thus it became more difficult to attract a company to manufacture conventional cars in the Egyptian market.

Tawfik, revealed the termination of the preliminary partnership agreement between Nissan and El Nasr Automotive in order to produce about 100,000 cars annually.

Moreover, he added that Nissan is conducting negotiations with the Ministry of Trade and Industry to establish a project in Ain Sokhna.

The minister said, in a press statement following the conference, that the ministry is continuing to develop its subsidiaries and that he forwarded the file of the development of the Egyptian Iron & Steel company to the cabinet.

He said that among the development plan is the establishment of a brokerage and marketing company in Africa with a capital between $5m and $10m in collaboration with the private sector.

Egytrans prepares to compete for petrochemical projects in Sokhna: Leheta