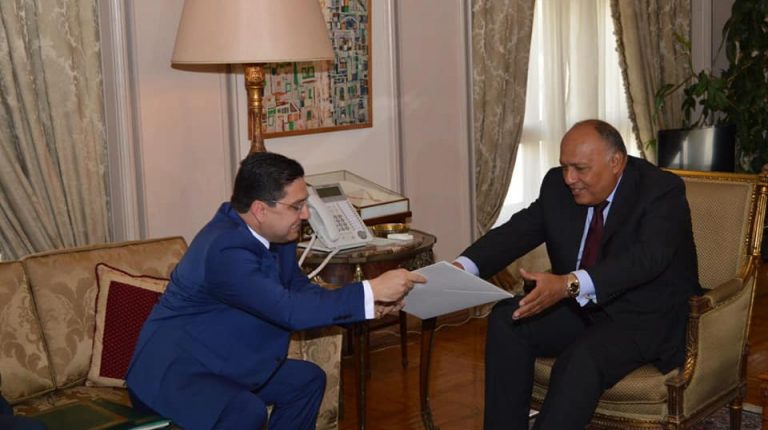 Egypt’s Foreign Minister, Sameh Shoukry, on Monday met with Moroccan Minister of Foreign Affairs and International Cooperation, Nasser Bourita, during the latter’s visit to Cairo, according to a Monday statement by the Egyptian Foreign Ministry.

During the meeting, both discussed promoting bilateral cooperation in various fields, and issues of common interest.

Shoukry and Bourita also agreed on promoting political solutions in conflict areas in order to maintain regional stability and security.

Furthermore, they discussed the recent updates in the African arena as they agreed on continuing consultations on regional and international issues during the upcoming period, according to the statement.

Earlier in January, both ministers also met in Cairo and voiced their readiness to strengthen mutual relations.

Al-Sisi and Mohammed VI chair the Egyptian-Moroccan High Joint Committee, which is a general framework that aims to regulate relations between the two countries.