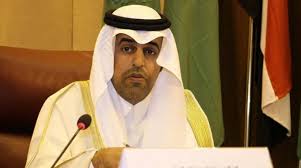 Al-Salami asked France to pressure Israel to reclaim Palestinian funds without any deduction, as France was the sponsor of the Paris Protocol of 1994, according to a statement by the Arab Parliament official site.

Al-Salami’s letter emphasised the Arab Parliament’s rejection of deducting part of the Palestinian tax and customs revenues by Israel, under any pretext.

This demand comes within the financial crisis that Palestinian territories have been going through since Israel’s decision to deduct funds from the Palestinian tax and customs revenues that are collected by Israel on the behalf of Palestinian Authority.