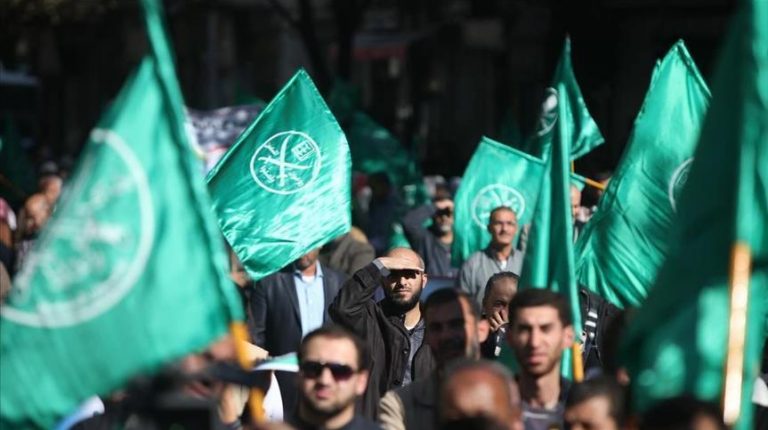 Member of Parliament, Mohamed Zain, called on the new mayor of the Turkish city of Istanbul, Ekrem İmamoğlu, to handover any Muslim Brotherhood members who are based in the city to Egypt as a step toward eliminating the city from terrorists, according to his words.

Through a statement from the MP’s office, Zain asked İmamoğlu to face members of the outlawed Brotherhood group, who are based in the city, and suspend all their activities, in addition to blocking all media channels they use to attack Egypt.

“It is a duty on İmamoğlu to get rid of those terrorists who are affiliated to the outlawed group of Brotherhood and undertake all necessary measures to send them back to Egypt. He should also use all his authorities to suspend Brotherhood media channels that are broadcasting from his city, as these channels are inciting against the Egyptian state and enhance terrorism,” the MP’s statement read.

Concerns are on the rise among Brotherhood members, who are based in Turkey, after İmamoğlu came as a new mayor to the city of Istanbul. The Turkish politician is member of the Republican Party that is considered an opposition party to the current regime.

The Turkish Republican Party is seeking to improve relations with Egypt, while on the contrary, the current ruling party, which is the Development and Justice Party that is headed by the current President of Turkey, Recep Tayyip Erdoğan, is known for his support and sympathy with the Brotherhood group and for attacking the current regime in Egypt.

Recently, tensions between Egypt and Turkey reached its peak when Erdoğan addressed criticism against the current political regime in Egypt and President Abdel Fattah Al-Sisi over the death of former President Mohamed Morsi, who was affiliated with the Brotherhood.

Erdoğan said, during the G20 summit that took place recently in Japan, that conducting investigations on Morsi’s death is a necessity. He claimed that Morsi was left for nearly 30 minutes in court without any medical interference while suffering from a heart attack.

In 2013, Egypt decided to decrease the level of diplomatic relations with Turkey from ambassador to Charge Affairs, it also declared the Turkish ambassador to Egypt as a ‘persona non grata’, besides calling him to leave the country.

These decisions from Egypt were in response to the statements made by the Turkish Prime Minister at that time and when Erdoğan called on Egyptian authorities to release the ousted president Morsi.

On a regular basis, Erdoğan criticises Al-Sisi and the Egyptian regime, saying that there is a great oppression performed against the members of the Brotherhood. Egypt is responding by describing Erdoğan’s statements as “flimsy” and “claims” and “unfounded”.