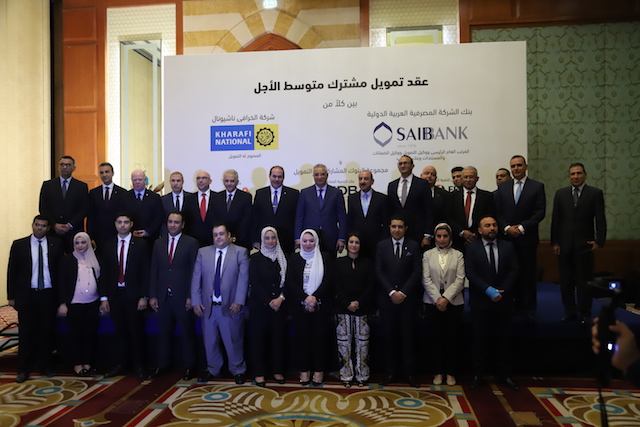 SAIB Bank has successfully arranged and covered a medium-term financing of EGP 750m for Kharafi National’s infrastructure development with the participation of three other banks.

SAIB acted as the bookrunner, agent, and underwriting of the loan. The Export Development Bank of Egypt (EBE), the Industrial Development Bank (IDB), and Baraka Bank – Egypt also participated in providing the loan.

Tarek El Kholy, chairperson and managing director of SAIB Bank, stressed the importance of the expansion of the Egyptian banks in financing strategic projects that achieve sustainable development that positively reflects on the national economy. He highlighted the Egyptian banking sector’s ability to finance all national and private projects.

He also said that the construction sector is one of the most important economic sectors to which the bank attaches great importance during the current period in light of the national projects being implemented by the Egyptian state.

This is something that is able to lead the growth rates of the country by attracting investment and providing millions of jobs as this sector is linked to more than 100 industries, taking over 15% of the labour market, and contributing 12% of the country’s growth rates.

Ahmed Zaki Badr, chairperson of Kharafi National, said that the company is one of the largest companies operating in the Egyptian market in the integrated contracting sector represented in infrastructure works and public utilities, especially water and sewage networks, gas and fuel networks, construction and operation of power plants, and all electromechanical works.