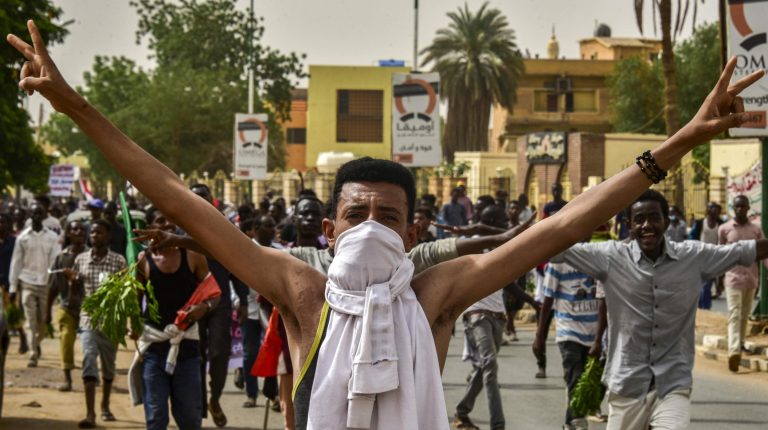 Sudanese protest leaders have called for a day of civil disobedience on July 14, two days after a mass “one million march” took place in the streets of Khartoum demanding civilian authority.

“July 14 will witness massive civil and political disobedience,” the Declaration of Freedom and Change Forces (DFCF) announced on Tuesday, adding that before this date they will continue their protests and demonstrations.

The DFCF revealed that a number of its leaders have been arrested, as well as 20 of protesters. It urged human rights organisations to intervene to monitor the “grave violations” committed against the Sudanese people.

The upcoming civil disobedience is the second in almost a month. Early in June, the protest leaders called for a comprehensive general strike which took three days before the alliance announced its suspension.

On June 30, tens of thousands of people responded to the protest leaders calls for a “million man march.” Huge crowds headed to the Presidential Palace and to the defence ministry to demand “freedom, peace, justice, and a civilian government.”

The opposition alliance demanded the handing over of power to a civilian-led government and justice for the people killed during the Sudanese uprising.

The June 30 mass demonstrations were the largest in the country since the protest sit-in held outside the military headquarters in Khartoum was violently dispersed by security forces last month.

More than a hundred protesters were killed and around 500 were wounded, according to the opposition’s figures.

After days of denying it, Sudan’s Transitional Military Council (TMC) admitted, for the first time, that its forces dispersed the Khartoum sit-in, claiming that it also thwarted several “planned coups attempts.”

Subsequently, talks between the military generals and the opposition alliance were suspended since the Khartoum sit-in was dispersed.

Earlier on Tuesday, Ethiopian envoy, Mahmoud Dreir, urged the TMC and the opposition alliance to hold direct talks on Wednesday to reach an agreement in forming a civilian-led government.

Dreir added in a press conference that the opposition alliance and the military council agreed on some suggestions presented by Ethiopian mediators. However, they still remain divided regarding the “sovereign in council,” Dreir said.

The Egyptian Foreign Ministry said in a statement that both addressed ongoing negations regarding the Ethiopian meditations. According to the statement, Ayoub disclosed that they are approaching an agreement which will meet all Sudanese people’s aspirations.

Since December, Sudanese people from a wide spectrum of society swept into the streets to initially protest against the high increase in the cost of living. Then, they demanded the toppling of Omar Al-Bashir, and his regime, who has been in power since 1989.

Al-Bashir was eventually removed by his military generals and he is currently in prison facing charges of corruption and the killing of protesters.