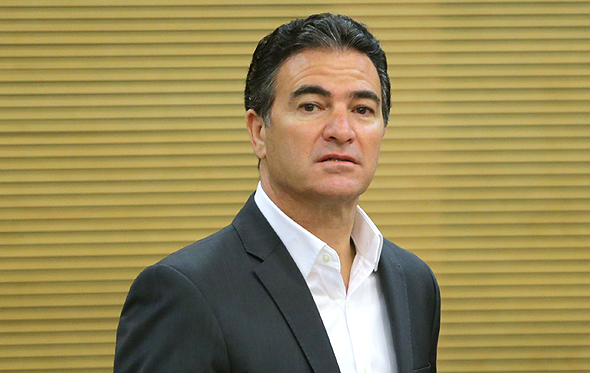 Yossi Cohen the current Director of the Mossad, the national intelligence agency of Israel, said recently that his country has inaugurated a representative office in the Sultanate of Oman and restored diplomatic relations with the Arab country, according to The Times of Israel.

Relations between Israel and the Sultanate of Oman witnessed suspension in 2000 in the wake of the widescale Palestinian revolt against the Israeli occupation of the West Bank and Gaza. However, the statements of Cohen asserted the restoration of the relations between the two countries.

Cohen’s statements came during a conference held recently in the Israeli city of Herzliya where he considered the restoration of diplomatic relations between Israel and Oman as part of a highly secret effort exerted to reach normalisation with Arab countries.

Before Cohen’s statements, there were no diplomatic relations between Israel and Oman after 2000. In 1994, former Israeli Prime Minister Yitzhak Rabin paid a visit to Oman where Sultan Qaboos bin Said received him to discuss ways to enhance the supply of water.

In 1996, Oman and Israel signed a deal to open commercial representative offices, however relations witnessed a deadlock in October 2000 directly after the rise of the second Palestinian revolt, Yet, in 2008 Oman’s Foreign Affairs Minister Yusuf bin Alawi bin Abdullah met with his Israeli counterpart at that time, Tzipi Livni.

On October 2018, the current Israeli Prime Minister, Benjamin Netanyahu, paid an official visit to Oman where he met with the Sultan Qaboos bin Said. The visit came after Qaboos addressed an official invitation to Netanyahu to visit the country and this visit represented the first official meeting on that level since 1996.

Cohen noted, during the conference, that the current atmosphere is representing an unprecedented chance and may be the first of its kind in the history of the Middle East to achieve comprehensive peace and regional understanding.

“Currently, we don’t have a peace treaty with all the region’s countries, but there are a number of common interests, intense cooperation, and available communication channels between countries” he said.

Cohen’s statements came directly after days from the economic workshop held in Bahrain, where the economic side of the United States peace plan to settle the Israeli and Palestinian dispute has been revealed. The US-sponsored meeting witnessed the attendance of representatives from several Arab countries such as Egypt and Oman.

Meanwhile, the Palestinian authority, that is ruling the West Bank, refused to attend it and accused the US of being prejudiced toward Israel. Israel did not send an official representative, but a number of researchers and Israeli journalists participated in the conference as per an invitation from the White House.

On June 26, Oman announced that it will open an embassy in the occupied Palestinian territories. This raised concerns among Palestinians who feared that this step may pave the way for Omani recognition to Israeli sovereignty over the occupied territories.