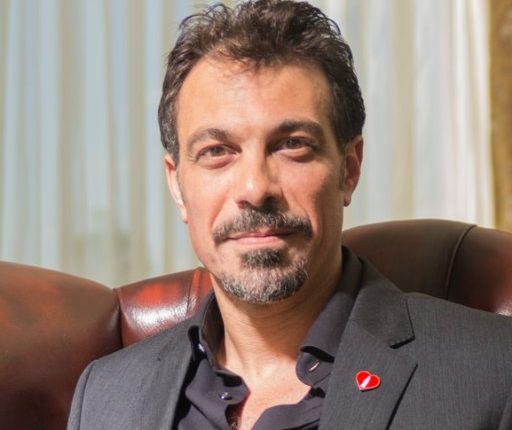 “The company will remain a long-term investor in Egypt. We have been in Egypt for 77 years, since 1942. Since then, Coca-Cola has expanded, made investments, opened plants, and launched several products that refreshed Egyptian consumers,” Rady mentioned.

In the past three years, Coca-Cola boosted an average investment of $500m, which focused on distribution, new manufacturing and production lines, and the inauguration of a new bottling facility in Sixth of October City, while focusing on providing job opportunities, Rady noted.

Daily News Egypt seized Rady’s first interview to the media since he was appointed as general manager for Coca-Cola Egypt in May 2019. Rady has been member of the Coca-Cola team since 2000. The transcript of the interview is below, lightly edited for clarity:

What is the company’s outlook for the economic situation for Egypt?

At Coca-Cola, we strongly believe that Egypt is a promising market. Coca-Cola has been serving the world’s most iconic beverages through a strong local value chain – the company hires, distributes, and sources locally through farmers of different sizes, suppliers, and retailers to support the sustainable development goals (SDGs) of Egypt across all governorates as it serves over 300,000 outlets nationwide. Coupled with recent government initiatives, like the New Suez Canal that aims to see the country become one of the largest logistical manufacturing hubs, along with leveraging its strong market access, bilateral agreements, recently upgrading the infrastructure and competitive production, it makes it an even more promising manufacturing and trading hub to the world.

Coca-Cola also sees production costs as highly competitive despite recent energy increases as the flotation of the currency has made the price of the Egyptian product highly competitive across markets, and that is why the company will remain a long-term investor in Egypt. Moreover, its commitment to the country and the stability of its business within the region encourages other foreign and international companies to invest and grow in Egypt.

What is the size of your investments in Egypt? What are your future plans to inject new investments or expand your businesses?

We have been in Egypt for 77 years, since 1942. Since then, Coca-Cola has expanded, made investments, opened plants, and launched several products that refreshed Egyptian consumers.

It currently directly employs around 10,000 Egyptians and indirectly 100,000 Egyptians through different points of Coca-Cola value chains, from suppliers and customers. In the past three years, Coca-Cola boosted an average investment of $500m, which focused on distribution, new manufacturing and production lines, and the inauguration of a new bottling facility in Sixth of October City, while focusing on providing job opportunities.

What about your five-year strategy in Egypt?

Coca-Cola is continuously examining and analysing the market, in search of opportunities. We are currently observing huge economic potential in light of the recent reforms. Over the next decade, we’re looking to continue to thrive, while carefully understanding the forces that shape our business and help us prepare for the future.

How many employees do you have?

Coca-Cola in Egypt currently employs an average of 10,000 Egyptians.

What about your products?

We have a variety and portfolio of beverages to suit every lifestyle, taste, and need. We strive to understand the need of our local Egyptian consumers and offer them diverse products that differ from sparkling beverages, low calorie and no calorie products, juices, malt, and water products. In Egypt now, we currently offer the Coca-Cola, Coca-Cola Zero, Sprite, Sprite Zero, Fanta, Dasani, newly launched Coca-Cola Cherry, and the Cappi juice.

What about your exports from Egypt in 2018? And plans for 2019? main markets? Plans for new markets?

The operation of our Cairo Concentrate Plant in the Free Zone, Nasr City, manufactures and exports our products to 46 countries in Africa, the Middle East, and Asia alone, bringing an annual revenue of around $443m.

What do you think about Egypt’s investment climate now?

I believe Egypt’s investment climate is promising, given recent local economic and legislative reforms. Actually, Egyptian-American agreements signed under the United States economic assistance programme since 2014 reached nearly $600m, according to Egypt’s ministry of investment and international cooperation. I believe the government is taking on economic and social reform programmes, as well as strategic measures to improve the country’s investment climate.

What about your CSR projects, in terms of funds, goals, plans?

Coca-Cola has always been committed to developing the community where it operates. Working hand-in-hand with different NGOs and the community at large has enabled us to launch successful initiatives and achieve strong results. We want to see Egypt prosper, which is why we’ve been ardently working with the community and civil society to support marginalised communities and societies. In 2011, Coca-Cola in Egypt inaugurated its 100 villages project which aims to develop poor villages by connecting water to needy houses, renovating schools, refurbishing medical centres, providing needed medical equipment, and providing microbusinesses for women. Coca-Cola in Egypt was able to connect a total number of almost half a million people with clean water in rural Egypt and developed 60 villages. And in the last couple of years, we provided microbusinesses for 4,500 women as part of our 5by20 programme, which aims to develop five million women by 2020.

Will you launch a new marketing campaign soon?

Having always been a strong supporter of Egyptian football, we recently launched our campaign supporting Egyptian fans. It calls for unity among all competitive local football clubs to cheer for their country during the time where Egypt plays in international or regional tournament. Moreover, Coca-Cola has been sponsoring the World Cup for years, and as many of our consumers have witnessed and interacted with the World Cup Trophy that we brought to Egypt last year and presented to the President of Egypt. This was followed by a two-day activation in different regions in Egypt where many consumers and football fans had the opportunity to take photos with it.

Interestingly, Rady firstly joined the Coca-Cola Company in 2000, as the Brand Manager for Coca-Cola Near East. Prior to this current role as Coca-Cola GM in Egypt, Rady was the General Manager of Coca-Cola East and Central Africa franchise operating out of Nairobi. He was responsible for leading Company operations in Kenya; Tanzania; Uganda; Ethiopia; Mozambique; Zambia; Zimbabwe; Botswana; Namibia; Djibouti; Somalia, and Eritrea.

During this tenure, he served as the president of the American Chamber of commerce in the last two years.

Opinion: Germany’s World Cup conclusions are too little, too late and still too detached