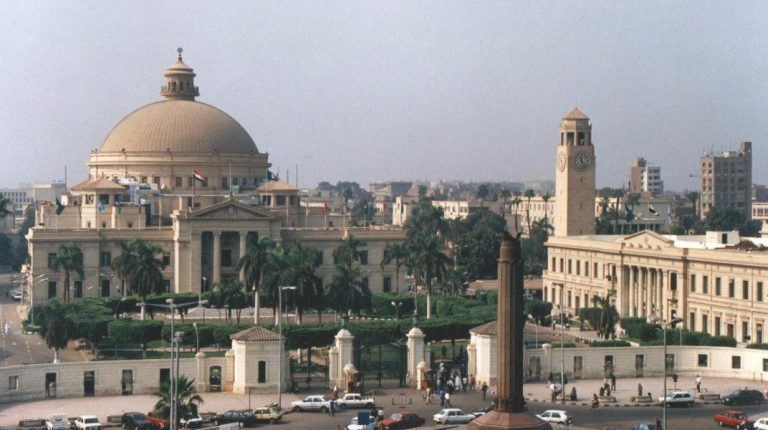 The disciplinary board at Cairo University has fired a Mass Communication professor, Yaseen Lasheen, on Friday for being allegedly accused of sexual harassment and blackmail of a female student.

Cairo University President, Mohamed Al-Khosht, referred Lasheen to public prosecution on allegations of sexual harassment and blackmail, which dates back to August 2017.

The university explained in a statement on Friday that the decision was taken following recent investigations conducted by the university’s legal affairs department as per the allegations.

Lasheen’s voice was allegedly heard in an audio recording, that went viral on social media, blackmailing an anonymous woman to take off her clothes for pictures otherwise he will harm her.

In the recording, he was dictating a letter to a woman where she supposedly admits she physically offered herself to him and that he refused.

The woman is also heard saying she would not “take her clothes off and be photographed.” A scream is heard in the recording and was described by social media users as “terrifying”.

After this incident, students in Cairo University claimed that Lasheen is known to accept ransoms and gifts from students to pass his courses, and would usually ask them out on dates at his coffee shop.

Moreover, there were allegations that the professor physically abused a student, and maybe others, and threatened to force them into complying with sexual acts.

The South Giza Prosecution office, however, decided that same year that there was insufficient evidence to pursue sexual blackmail charges against Lasheen.

The prosecution made its decision due to the lack of evidence to charge the professor, adding that the reports were filed eight months ago. Hence, the investigation was not able to determine whether he committed the act or not.

Moreover, no victims appeared to testify against the suspect.