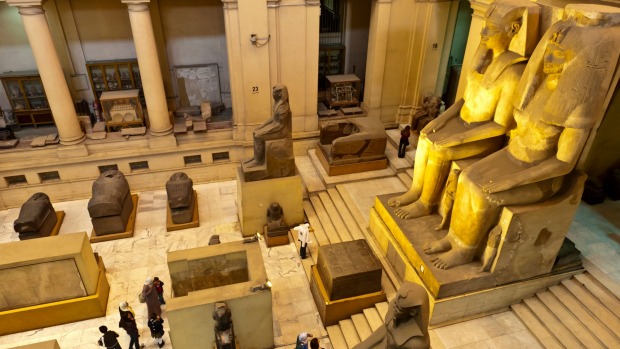 The Minister of Antiquities, Khaled El-Anany, announced allowing African tourists to visit Egyptian museums and tourist attractions with the same entry fees of locals until the end of 2019, according to local media outlets.

It comes in line with Egypt’s hosting of the Africa Cup of Nations (AFCON), as thousands of African natives are visiting Egypt currently to support their football teams.

El-Anany expressed his pleasure with the huge number of African visitors, whom he described as “our brothers.” The African tourist inflow started since the beginning of the AFCON last month.

The minster further added that Egypt dazzled the world with the championship’s stunning opening ceremony, explaining that it was organised in the “best possible way.”

The AFCON started on 21 June and will run until 19 July, with the participation of 24 national teams from across the continent.

At AFCON’s opening ceremony, the ministry of antiquities features a statue of the famous Egyptian king Tutankhamen, at Cairo International Stadium’s entrance, aiming to promote the ancient Egyptian civilisation.