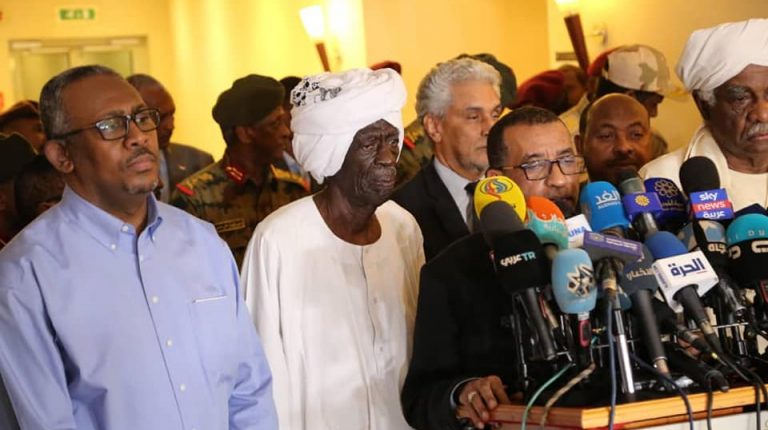 Egypt has welcomed a new agreement between the Sudanese opposition alliance and the Transitional Military Council on power sharing and forming a sovereign council to lead of the country for more than three years.

In a statement on Friday, the Egyptian Foreign Ministry voiced its support to the agreement, considering it as a “critical move” toward maintaining the security and stability in Sudan and to meet the aspirations of its people.

The ministry also stressed its readiness to support Sudan in overcoming the current phase and restore the rule of Sudan in Africa and the world.

Earlier on Friday, the African Union (AU) mediator, Mohamed Hassan Lebatt, declared in a press conference that opposition leaders and the ruling military council agreed to form a sovereign council and to rotate power for three years as well as a civil government until the elections are held.

The two sides also agreed on carrying out an independent and transparent probe into the latest events which contain a violent crackdown against protesters and civilians.

Moreover, the Declaration of Freedom and Change Forces (DFCF) celebrated the agreement, affirming that it achieved the goals of their revolution.

The DFCF revealed that military leaders will head the sovereign council for 21 months, then civil leaders will take the power for 18 months. The council will consist of 11 members, five military leaders, and five civil cadres, as well as a final civil member which both are to agree on.

The transitional period will last for three years and three months. A civilian-led cabinet will be formed from independent and national cadres by the DFCF.

Friday’s agreement came following nearly seven months of continuing protests after President Omar Al-Bashir was removed by his military. Al-Bashir is currently in prison facing charges of corruption and the killing of protesters.

The protest leaders kept demanding the handing over of power to a civilian-led government and justice for the people killed during the Sudanese uprising.

Last month, tens of thousands of people responded to the protest leaders calls for a “million man march” on June 30. Huge crowds headed to the Presidential Palace and to the defence ministry to demand “freedom, peace, justice, and a civilian government.”

The June 30 “million man march” was the largest of its kind in the country since the protest sit-in held outside the military headquarters in Khartoum was violently dispersed by security forces in May. More than a hundred protesters were killed and about 500 were wounded according to opposition figures.