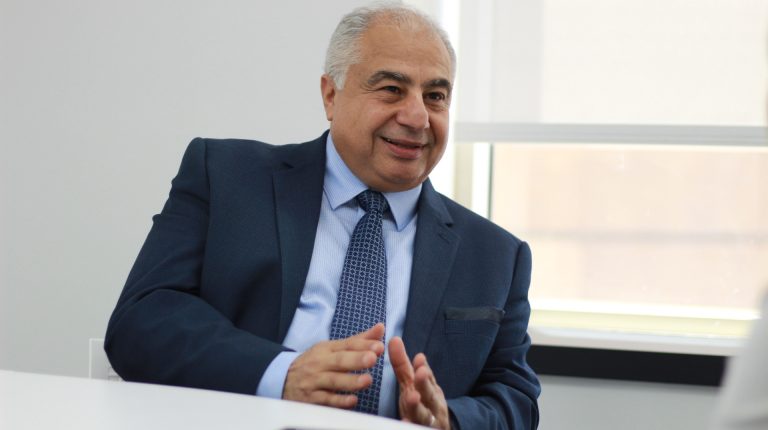 Mastercard proposed an extensive expertise model to the Egyptian government to assist in the digitalising of new cities, Mastercard’s General Manager for Egypt and Pakistan, Madgy Hassan, said.

“We have implemented very successful digitalisation models around the globe, and we proposed our expertise to the government and received positive feedback,” he added.

Egypt is serious toward moving from cash to electronic payments, obviously through the establishment of the National Payments Council which is headed by President Abdel Fattah Al-Sisi, Hassan told Daily News Egypt, asserting that Egyptians’ appetite for technology encourages the company to further promote its innovative products in the Egyptian market.

Egypt is one of the most important markets for Mastercard, he said, noting that the economic reforms that the government is implementing improved the country’s investment climate.

Mastercard’s cooperation with the Egyptian government and the private sector is setting an example for the company in many other countries, Hassan affirmed, adding, “We have implemented several solutions with the government, and we have past and ongoing cooperation.”

Mastercard introduced Egypt’s first ever payroll programme with the Ministry of Finance in 2010 to empower 6 million employees to get their salaries through Mastercard cards, he highlighted, adding that in 2013, his company introduced a platform for a mobile ecosystem, in cooperation with the Central Bank of Egypt (CBE) and other stakeholders.

Hassan shared that Mastercard’s future cooperation with the government will move to the next level because of the positive ongoing dialogue, adding, “We have been asked by the Ministry of Communication and Information Technology (MCIT) for our input and our advice before they issue the Cyber Security and Data Protection Law.”

The government adjusted the Cyber Security and Data Protection Law upon Mastercard’s recommendations, Hassan said, noting that the MCIT also asked Mastercard to attend a meeting in the Egyptian parliament to present its notes on the law.

“We are availing payment solutions for all segments of the society. We don’t only target the traditional big clients but we also target SMEs with a variety of solutions and specific products,” Hassan said.

Mastercard’s gateway solutions exist with the merchants who offer online payment which is a booming area in Egypt now, he asserted, noting that his company introduced the Quick Response (QR) technology of purchasing via mobiles which targets very small merchants.

Moreover, Hassan said that the financial inclusion plans in Egypt are extremely positive as all the stakeholders are moving toward financial inclusion including the CBE, and banks in general, which encourages Mastercard to innovate certain products to accelerate this journey.

Hassan praised the government’s encouraging steps for people to change their traditional payment behaviour and to adapt to using electronic solutions.

Earlier in April, the media stated that Egypt’s Ministry of Finance will implement the National Council of Payments’ decisions aiming to shift toward digital banknotes and achieve financial inclusion.

Part of the decisions include that people will be charged for using online payment devices to pay government services such as taxes and custom fees.

The ministry clarified that these decisions were part of the country’s national programme for economic reform, and as part of a plan to encourage online payment.

Transform your brand by transforming the way you talk to consumers