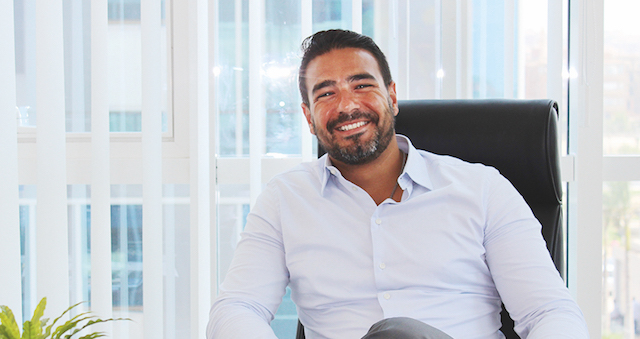 Since its inception in 1943, Dorra Group has become one of the leading contractors and real estate developers not only in Egypt but also the Gulf.

The group also entered the education market by partnering with Esol Education, one of fully accredited educational providers of the American curriculum, and opened the West Cairo campus of the American International School in Egypt (AISE).

Daily News Egypt interviewed the Managing Director of Dorra, Omar Dorra, and the Chairperson Advisor of Esol Education, Tammam Abushakra, to learn about AISE’s and Dorra’s latest plans, the transcript of which is below, lightly edited for clarity:

Do you have any expansion plans in the near-term future?

Abushakra: We aim to establish a new campus of AISE at Emaar’s Uptown Cairo compound in Cairo’s Moqattam neighbourhood. In regard to Esol Education, the AISE’s parent company, we have already expanded in Asia, opening the American School in Hong Kong as well as two AIS campuses in Dubai.

Esol’s relationship with Dorra Group was cherished by the AIS; Omar Dorra himself is a graduate of AISE’s West Campus, that’s why he appreciates the value and high-quality of American education offered by AISE for 29 years in Egypt.

Through Dorra’s support and investment, we have been able to offer high-quality education to the West Cairo suburbs, and we aim to continue to deliver the same quality of American education for Egypt in the future.

There are currently 1,515 students enrolled in the AISE West Campus with 140 local and international teachers, and it is accredited by the Middle States Association of Colleges and Schools (MSA).

Dorra: As a group, when we decided to enter the education market, we partnered up with one of the best and fully accredited education providers of American curriculum and opened the AISE West Cairo Campus.

For Egypt, I believe, education is essential to unlock the potentials, talents, and innovation of this country. I strongly believe communities’ flourish on having access to the best educators and education establishments, and that is what I longed to provide.

This project is not the most profitable or the largest, but it is the most satisfying development I have made to date; being part of developing communities and providing the platform to shape the minds of tomorrow’s leaders is really the true essence of development in my opinion, and we need more of such developments in our country.

You recently revealed plans to establish a branch of California State University in Egypt, can you elaborate?

We have not decided on the location yet, as we are currently choosing between the New Administrative Capital or West Cairo.

Does Dorra Group have any new plans in the near-term future?

Dorra: As a group, we are now focusing on service providing, in light of the real estate booming that is taking place in Egypt. Our multi-national experience will allow us to provide special service to real estate developers.

For example, as a contractor service provider, we are currently constructing projects for Emaar, while for facility management, we are currently bidding for different retail malls, such as the North Edge Towers in New Alamein.