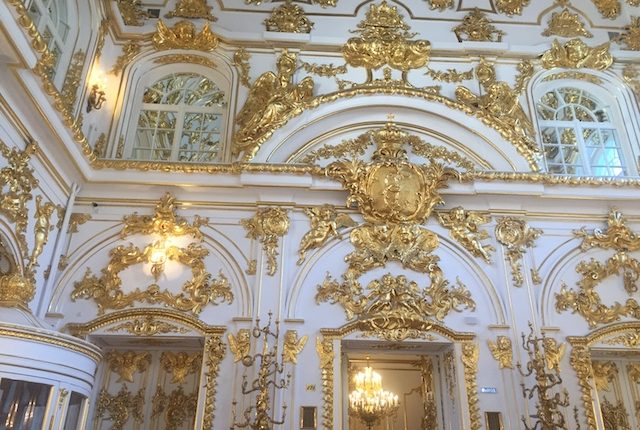 St Petersburg- The State Hermitage is considered the first public museum in Russia and one of the iconic places in the city of Saint Petersburg. It contains over 3m artefacts.

The Hermitage was established in 1764 when Russian Empress Catherine the Great acquired an impressive collection of works from the Berlin merchant Johann Ernst Gotzkowsky. 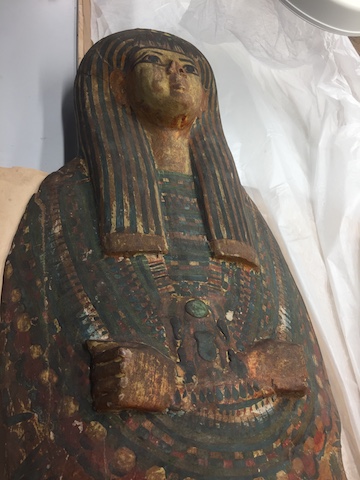 Extending over 233,345 sqm, the Hermitage consists of several buildings including the famous Winter Palace building. It also hosts a number of internal science and art museums, and laboratories.

One of the most important labs in the Hermitage is the Laboratory for Scientific Restoration of Mural Painting. Olga Khakhanova, a fine art restorer of the laboratory, told Daily News Egypt that the restorers and chemists in the lab have developed a method that allowed for taking the murals which were discovered in many places safely and bringing them to the lab for further restoration.

The laboratory has paintings that date back to the sixth and seventh century and different historical eras including paintings belonging to Pharaonic eras. One of these old paintings is a Pharaonic cover of a coffin.

Khakhanova added that most of the pieces and paintings in the lab came from unknown source and they do not actually know the history of many of them. Answering DNE’s question about the age of the Pharaonic cover, Khakhanova said the Hermitage made its own expeditions to Egypt, but she does not know from where exactly this Pharaonic cover came from. However, she believes it dates back to the 3rd century BC.

Another important lab is the Laboratory for Scientific Restoration of Photos (LSRP) which is the base of scientific and technical research, storage, and restoration of photographic materials of the museum. The photographic collection of the State Hermitage includes about 500m works.

In 2011, the lab was established by the Hermitage in cooperation with the Andrew W Mellon Foundation.

Tatyana Sayatina, the head of the laboratory, told reporters, including DNE, that the Department of Scientific Restoration and Conservation has a huge department of restoration consisting of 10 labs and employing around 130 illustrators. 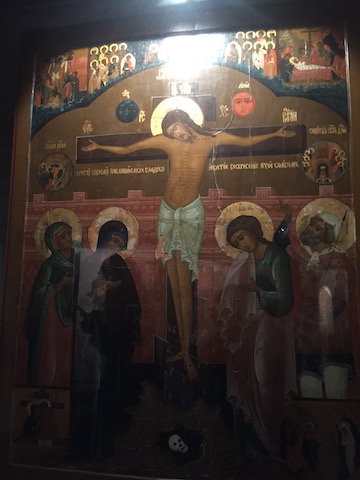 “It is the newest lab in the museum as it was founded in 2011 as a result of a joint project of the Hermitage and an American programme from the United States. It was among a long list of projects lasting for five years,” Sayatina said.

She added that according to this project the team of the laboratory is not only sponsored by the American side but also had a chance to study under leading illustrators.

“We did not only have classes abroad but we also had experts in photo illustration who came here to the lab and taught us about the process,” Sayatina noted. The staff of the Laboratory for Scientific Restoration of Photos consists of one chemist and five illustrators, according to Sayatina.

About saving the photos, Sayatina said that the photos are fixed from the four corners with no glue used, and that all the materials have been tested to ensure that it does not cause any harm when put on photographs, and that these tests are committed to the international standards.

A wide assortment of cultural attractions in Abu Dhabi