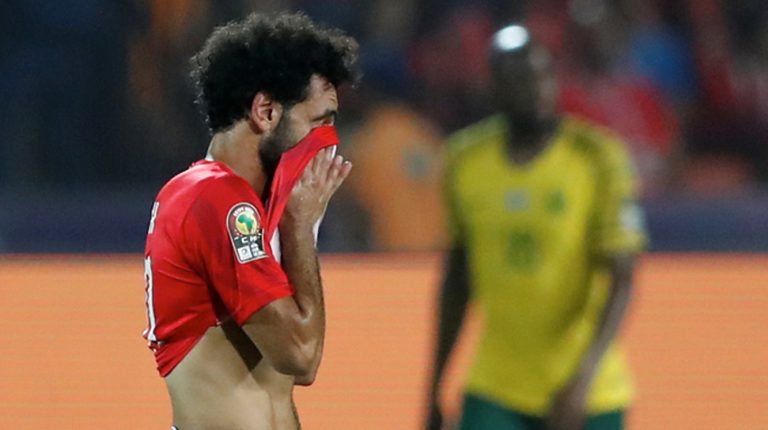 The Egyptian Football Association (EFA) and the national football squad have been in hot water following the Pharaohs loss of 0-1 by South Africa and their ousting from stage 16 of the Africa Cup of Nations (AFCON) on Saturday.

A number of MPs filled requests demanding an investigation into alleged corruption and wasting public funds within the EFA. They also demand the summoning of the Minister of Youth and Sports, Ashraf Sobhy, to parliament.

In a statement, Soliman Wahdan, deputy parliament speaker, called for actual accountability for whoever was responsible for “this fiasco,” and the state of sadness that overwhelmed Egyptians fans over the sudden, but expected, defeat due to the low performance in the AFCON.

Wahdan also referred to the decision of expelling midfielder Amr Warda from the squad over sexual harassment allegations and then his return to the team after his colleagues, especially Liverpool Forward, Mohamed Salah, and team captain and Aston Villa player, Ahmed Elmohamady, pushed for his restoration and for giving Warda a second chance.

MP Abdel Hameed Kamal also urged an investigation over alleged “waste of public funds” inside the football community in Egypt and the need to hold those who failed to conduct their responsibilities appropriately accountable.

In the same context, three reports were filled on Sunday for the prosecutor general’s office against the president of the EFA and the board members. Samir Sabry, the controversial lawyer, filed a claim to investigate alleged corruption which led to such results at the AFCON.

Following Saturday’s shock defeat, the EFA board members including its head, Hany Abo Rida, announced their resignation and sacked the Egyptian national team technical staff headed by Mexican coach, Javier Aguirre. Abo Rida called on other members to submit their resignation too.

Almost all Egyptian media websites, TV, and newspapers, including the state-owned and private ones, followed on Monday the defeat with a wide coverage bashing the misconduct of the team and the EFA.

The EFA board members were cited as “failures and corrupt” on a private newspaper front page. Moreover, some team players came under intense criticism over their performances in the games.

Other newspapers cited the defeat as a “humiliating elimination.” Inside newspapers issues, there were pages which analysed the reasons for the defeat and blame a number of players and the EFA for the loss.

Salah, who also came under fire recently over his defence of Warda, expressed his sadness over the AFCON host’s elimination.

“I am deeply sad for our early exit from the AFCON,” Salah tweeted on Sunday. “We hoped to continue our journey together and to win the championship for our loyal fans, who I want to thank them for their support.”

“I hope we could learn from our mistakes,” Salah continued.

On June 24, Warda was expelled from the squad after the British-Egyptian model, Merhan Keller, posted screenshots of “inappropriate and lewd messages”, which she said Warda sent to her.

Another woman also posted that the young player, who is accused of previous sexual harassment incidents, purportedly sent her “aggressive videos and messages.”

Afterwards, Warda posted an 18-second apology for his family and colleagues in the squad, however, he did not apologise to the women who accused him of sexual harassment. He then returned to the team and took part in the second half of Saturday’s game.

However, fans and users went to social media to express their comments over Warda and Salah as well as the national team defeat. Hashtags such as “the squad of harassers” was trending following the exit from the squad. Fans blame the team for its performance in the championship and the EFA.