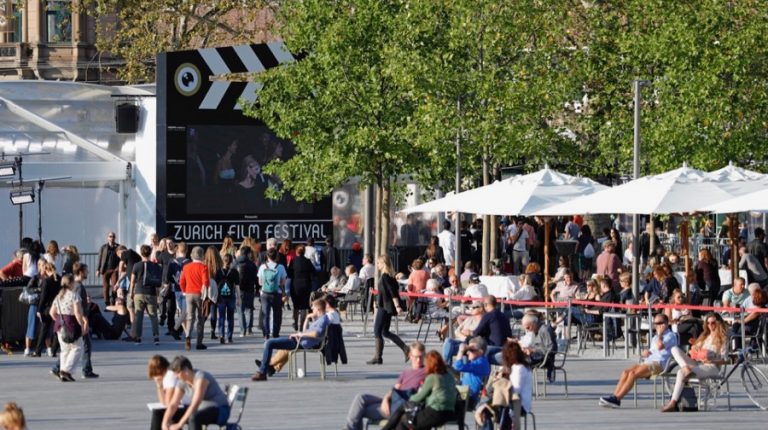 The prestigious prize for film journalism will be awarded at this year’s 15th Zurich Film Festival (ZFF). It will be presented to a film journalist for an outstanding review of a cinema film.

Funded by the cinema chain Pathé Schweiz and the distribution company Pathé Films, the Prix Pathé aims to promote excellence in film journalism, and has been honouring film critiques and film essays for this purpose since 2006.

The award is endowed with a 10,000 Swiss franc cash prize. Previously presented within the framework of the Solothurn Film Festival, the prestigious Prix Pathé will now be hosted by the ZFF.

“The ZFF has become one of the Switzerland’s most important platforms for the promotion of film,” said Loic Trocmé, the managing director of Pathé Films.

“In view of more than 500 accredited journalists attending the festival, we have now decided to present the award in Zurich,” he said.

The aim of the Prix Pathé is to honour and reinforce film criticism as an independent form of journalism “because without media propagation by experts, the more demanding movie would have a tough time attracting any attention whatsoever,” added Trocmé.

The directors of the ZFF are delighted by Pathé’s decision.

“Film critics form an important link between film workers and the public. They help to make films understandable and their intelligent discourse on works encourages people to go and see films,” said the ZFF Co-Directors Nadja Schildknecht and Karl Spoerri.

“It is for this reason that we are happy, in addition to hosting the Critics’ Choice award, to provide a further stage for film criticism by also hosting the Prix Pathé.”

Film journalists can enter the Prix Pathé 2019 with a critique or essay on any film that was screened in a Swiss cinema between June 2018 and June 2019. The formats accepted are TV and radio features or text articles in print or online media.

A jury of three comprising a representative of Pathé, the ZFF, and the Association of Film Journalists will choose the winner from the entries received.