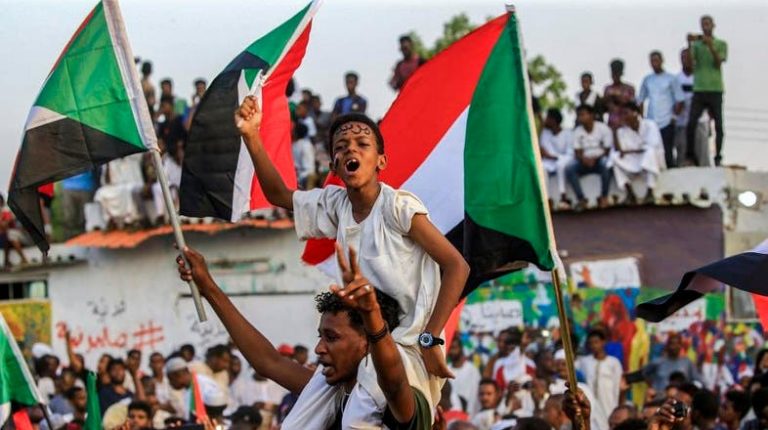 The Sudanese new power-share deal between the opposition alliance and the Transitional Military Council (TMC) has been warmly applauded by local and international parties.

The United States welcomed on Saturday the deal, describing it as an important step.

“The agreement between the Declaration of Freedom and Change Forces (DFCF) and the TMC to establish a sovereign council is an important step forward,” the US State Department said in a statement.

“We look forward to an immediate resumption of access to the internet, the establishment of the new legislature, accountability for the violent suppression of peaceful protests, and progress toward free and fair elections,” the statement added.

The United Nations Secretary-General, António Guterres, also welcomed on Friday the decision to establish transitional governing bodies. Guterres “congratulated the African Union (AU), Ethiopia and the regional Inter-Governmental Authority on Development (IGAD), for their role in mediating the talks.”

Earlier, the Chairperson of the AU Commission, Moussa Faki, warmly congratulated the two sides on reaching a “consensual and balanced peace agreement toward a democratic transition and civilian rule in Sudan.”

Meanwhile, Egypt, Saudi Arabia, the UAE, Jordan, and Tunisia also welcomed the deal between the protest leaders and the military to end the crisis.

Early on Saturday, General Mohamed Hamdan Dagalo, deputy leader of the TMC, pledged to establish a state of law, adding that this period needs cooperation from all spectrums of society to restore stability.

Meanwhile, the TMC Head, Lieutenant General Abdel Fattah Al-Burhan, congratulated the Sudanese people for reaching an agreement, pledging to implement all terms of the agreement.

Early on Friday, the DFCF and military generals agreed to form a sovereign council and to rotate power for three years as well as a civilian government until the elections are held.

The DFCF revealed that military leaders will head the sovereign council for 21 months, then civilian leaders will take the power for 18 months. The council will consist of 11 members, five military leaders, and five civil cadres, as well as a final civil member which both are to agree on.

The transitional period will last for three years and three months. A civilian-led cabinet will be formed from independent and national cadres by the DFCF.