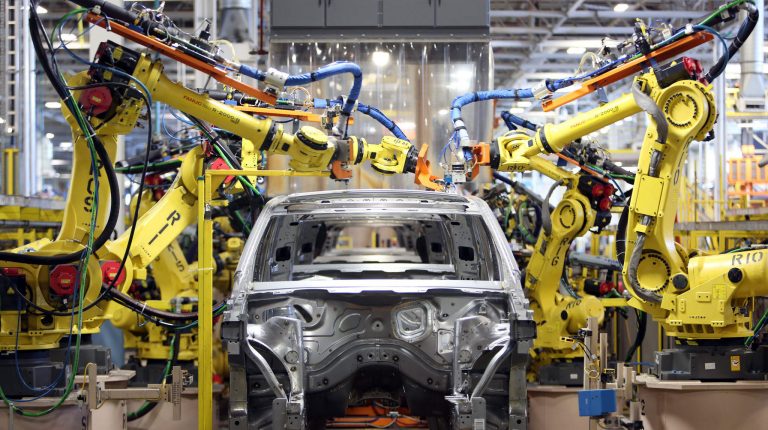 Egypt is on the path of reviving its automotive manufacturing and feeder industries, in hope to introduce new sources of national income and foreign currency.

The automotive sector has recently been through several developments and decisions, which led to a leap in the domestic industry. The Egyptian government has taken various initiatives in an effort to create a strong automotive industry.

The first of these initiatives was by the Minister of Industry and Trade, Amr Nassar, who cancelled the Decree No. 371 of 2018 to increase the percentage of local component in domestically assembled cars, which was determined at 46%, and bringing back the decision of the minister of trade, decision no. 136 of 1994 regarding the assessment of the contribution rate of assembly lines to give assemblers breathing room until a new set of sector incentives take hold.

This is alongside the decision of the minister of trade No. 907 of 2005 regarding the local manufacturing rate, which sets local components at 45% of cars in order to issue licensing for car assembling factories.

Furthermore, Prime Minister Mostafa Madbouly’s signed a memorandum of understanding (MoU) with the German car manufacturer, Mercedes-Benz, to resume operations in Egypt and open a new production line. This was a primary support for the feeder industries, as well as the government’s discussions with BMW to assemble cars locally.

The prime minister said during his meeting with the President of German Association of the Automotive Industry, Bernhard Mattes, that one of the priorities of the Egyptian government is the localisation of the automotive industry, whether gasoline and diesel vehicles using internal combustion engines, or electric vehicles.

Commenting on the automotive developments, Abdel Moneim El Kady, deputy head of the Chamber of Engineering Industries (CEI) affiliated to the Federation of Egyptian Industries (FEI), said that the feeder industries are currently waiting for the planned incentives to stimulate the car industry in Egypt.

He expressed his optimism about developing feeder industries in case these incentives were implemented, citing the role of political leadership in pushing for developing the automotive industry.

He pointed out that German cars rely on local components of high quality, but in small quantities. He added that it is better to produce a large number of cars to serve and strengthen the feeder industries.

The optimal solution for the development of feeder industries, and the automotive industry in general, is producing a popular affordable car in large quantities in the domestic market, with a possibility to export, El Kady said. This was the case with the Hyundai Verna, which has successfully contributed to supporting feeder industries.

El Kady stressed that the feeder industry factories have the full capacity to support the local assembling operations with a current operational force of 40%, as 60% of its capacity is not utilised.

As for the electric car industry in Egypt, El Kady explained that the manufacture of electric cars in Egypt is not easy, but the government is currently moving in this direction through its cooperation with China’s Futon company to manufacture electric cars.

With the government trying to manufacture or assemble electric cars locally, this move went in vain because we cannot manufacture batteries which are the most important part of the electric car industry, representing 60% of its components.

He added that the AOI is currently considering the manufacture of a car relying mainly on local components, stressing that there are no cars manufactured locally by 100% around the world.

Yet, he also pointed to the ability of the Egyptian state to establish a real automobile industry. The best example is the locally manufactured “Ramses” car which was released in the 1950s.

El Kady called on the government to follow up the implementation of its decisions regarding the car industry in Egypt. He pointed out that the main reason for the success of the Indian, Brazilian, and South African experience is due to the follow-up of government’s decisions.

Chairperson of the Egyptian Auto Feeders Association (EAFA), Ali Tawfik, said that attracting companies that produce in large quantities would effectively contribute to the localisation of the automobile industry in Egypt. In the case of low production volume, a greater proportion of local components should be used in assembling cars, up to 60%.

He added that large production opens the door for export, which revives the local industry and the Egyptian economy by bringing hard currency.

Tawfik explained that the project will strengthen the feeder industries in case of producing large quantities that help increase contribution rates of the local component in the assembling process.

He suggested trying to assemble cars of 1,600cc engine that can serve all segments of the Egyptian society, hence, making higher sales.

In this regard, the Tunisian experience succeeded in creating a high-value feeder industry despite the absence of an actual car industry in the country.

He explained that the decision of the minister of industry and trade to amend the percentage of local components to 45% strengthens the automotive industry, as the actual proportion of the local components used in the assembly process was not more than 17%, and does not help create real cars.

As for the electric car industry in Egypt, Tawfik explained that the Egyptian market is not currently ready for electric cars, as it will take about 10 years for environment-friendly cars to spread in Egypt.

He stressed that the manufacture of lithium batteries locally is difficult because of insufficient research to develop this type of batteries, as the assistance of experts is necessary in this field.

Tawfik said that there are some successful experiences to benefit from in the field of cars, such as the manufacturing experience in Kenya and Nigeria.

He added that the experience of South Africa is one of the most successful, especially that its conditions are similar to the conditions of Egypt. The state has promoted the automotive industry by focusing on the infrastructure of electricity, water, and roads. It then turned to manufacturing local components, and then moved to the stage of manufacturing cars, resulting in a huge boom in the automotive industry.

Within the same context, Secretary-General of the Egyptian Automobile Manufacturers Association (EAMA), Khaled Saad, said that the adjustment of the percentage of local components in the car industry to 45% is an incentive to deepen the local industry by companies and manufacturers.

Saad stressed that the tendency of the government to attract European car companies, especially German, to assemble cars in Egypt is the right thing to do, given the agreements concluded with European countries.

He referred to several experiences that we can follow, such as the Moroccan, Tunisian, South African, and Indian experiences. These countries started the local industry from scratch, and now have a local industry that actually competes in foreign markets.

Egypt has good potentials, like skilled labour and excellent location, in addition to free trade agreements with various countries in the world.

Saad called for the government to support the local industries by setting a specific strategy that would encourage investment companies to work inside Egypt in a way that would accelerate the development.

He said that attracting investment for manufacturing car bodies in Egypt needs a large market, and the Egyptian market does not really absorb a large number of cars. He said that the industry needs a lot of time, which is currently difficult to implement, pointing out that competition with European states is unfair.

He stressed the need to study the agreements concluded before making any decisions related to the automobile industry and taking the views of those concerned with the industry into consideration when implementing any procedure.

He explained that the main problem in this regard is to make the most of the agreements with different countries.

Hassan Dasouki, chairperson of Drshal for Trading and Industry, said that the 45% local component set by the government is more suitable for fuel-powered vehicles.

The difference is with electric cars, which require a greater share of local components, especially buses and transport vehicles. The battery of the car represents 60% of its components. If the battery is imported from abroad, the local components will contribute by up to 6%. If there are no lithium batteries in Egypt, they will not be able to manufacture electric cars.

According to Dasouki, local components are unable to contribute to the manufacture of cars by the announced 45%. The percentage actually used does not exceed 12%, indicating the poor marketing of this percentage, both inside and outside Egypt.

He explained that Drshal plans to establish a special plant to produce lithium batteries in cooperation with the military production ministry, in order to convert buses and cars to electric vehicles. He said this noting the difficulty of carrying out the conversion of passenger cars at the present time for several reasons, most obviously, the elimination of customs on electric cars. This would make importing electric cars possible for a lower price compared to the conversion or local assembling.

In addition, the cost of assembling makes the overall cost very high, which is difficult to manufacture or assemble in Egypt. Drshal aims to produce 880 buses and 1,700 mini buses, as well as 300 batteries annually. It also plans to export 70% of the local production abroad.

He added that establishing factories in Egypt for batteries provides 60% of the components of the car locally, which contributes effectively to the establishment of a strong infrastructure that allows many companies to open the door for manufacturing electric cars in country.

“The government wants to make electric cars in Egypt without the presence of feeder industries for this type of car,” he said, as this is a main obstacle facing his company.

He also called on the state to eliminate customs taxes on feeder industries imported from abroad for electric cars, to establish many factories sufficient for the feeder industries thus, increasing the possibility of localizing the automobile industry in Egypt.

On the other hand, Volkswagen Sales and Marketing Manager Egypt, Maha Al-Naggar, confirmed that the company is currently working with the parent company to start the assembly operations inside Egypt. Establishing a strong local assembly would take a lot of time. Spanish Seat will be the most brand of the group to be locally assembled in Africa.

She noted that Volkswagen intends to assemble one of the German group’s models that is not manufactured in Europe locally, such as the Jetta, which is made in Mexico.

The cost of importing the model is high, unlike other models manufactured within Europe which get custom exemptions according to the Egyptian-European partnership agreement.

Al Naggar stressed that the local assembly of the model Jetta would contribute to producing large quantities of the car, which allows local selling at affordable prices and exporting to neighbouring markets.

Volkswagen is currently studying the situation inside the Egyptian market to know the possible opportunities and take the necessary steps to start manufacturing in Egypt. However, she noted that the reported percentage of local components of 45% is very risky for the parent company in Germany.