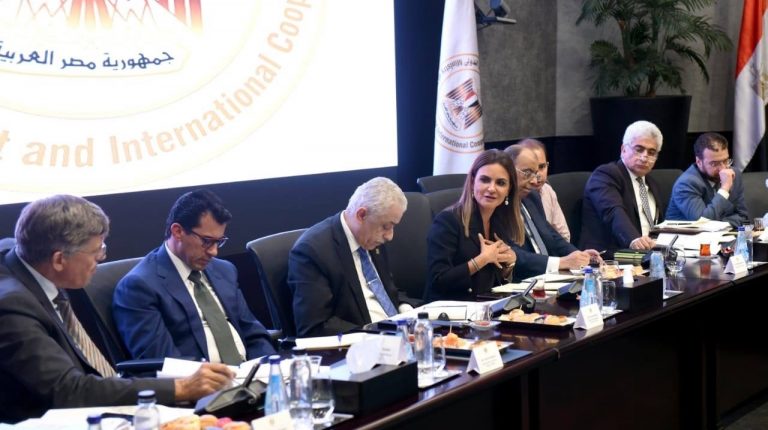 Minister of Investment and International Cooperation (MIIC), Sahar Nasr, Minister of Education, Tarek Shawky, Minister of Youth and Sports, Ashraf Sobhy, and Minister of Local Development (MoLD), Mahmoud Shaarawy, held a meeting with several German institutions, including the Kreditanstalt für Wiederaufbau (KfW), to discuss the preparations for the next joint committee meeting.

The discussions also included the final measures for the future projects in 2019 in addition to following up on the latest visit of Prime Minister, Mostafa Madbouly, to Germany, a Tuesday statement from the MIIC said.

Representatives from 16 government entities attended the meeting including the ministries of transport, housing, utilities and urban communities, migration and Egyptian expatriates, planning, finance, and others.

Shawky said that President Abdel Fattah Al-Sisi gave his directives to benefit from the German expertise of developing the education system.

The portfolio of developmental cooperation with Germany reached $2.4bn while German investments in Egypt are at $7.4bn, Nasr said.

Nasr asserted the Egyptian government’s appreciation of the huge contributions of the German developmental projects in Egypt which fully meet the national developmental plans. She added that the government aims to expand the developmental cooperation with Germany.

For his part, the minister of local development assured that the joint projects with Germany achieved great success. He said that his ministry is keen on boosting cooperation with all development partners in order to improve the quality of the services provided to Egyptian citizens.

“We discussed with the German side a new cooperation in building the capacities of MoLD’ employees,” he added.

The Egyptian market has witnessed major developments in the field of energy, he added, asserting the importance of the ongoing cooperation with Siemens for supporting the energy system in the country.