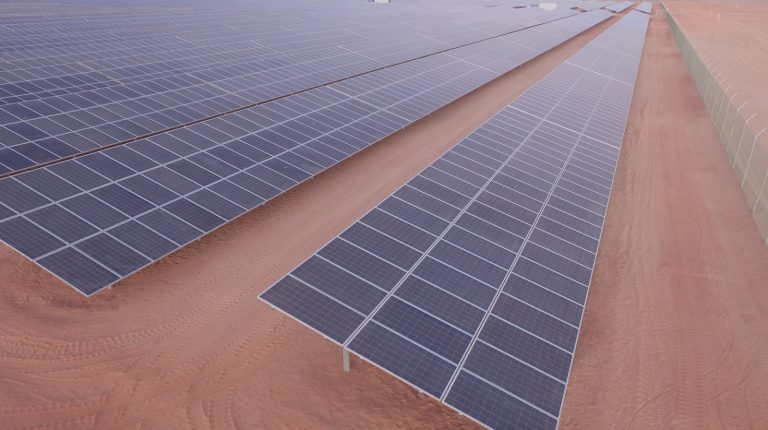 Infinity Solar has finished connecting and operating all its solar plants in Benban, Aswan, to the national electricity grid, with a total capacity of 133MW, to bring up the total capacity added by the company in the feed-in tariff’s first and second phases to 184MW.

Hesham El Gamal, director of public relations and communications of the company, told Daily News Egypt that the projects they implemented, operated, and linked to the grid include Phoenix, Bseb, and MMID stations.

He explained that the company added to the electricity grid in the first phase of the feed-in tariff of solar energy projects about 51MW, including 50MW from a power plant in Benban and 1MW from another plant in the 6th of October City.

El-Gamal said that the stations are carried out in cooperation with the German company, ib vogt GmbH.

He stressed that the Egyptian Electricity Transmission Company (EETC) is committed to pay the company’s dues regularly for the purchase of energy produced from solar plants in Benban, saying, “There is no delay and bills are paid regularly.”

Infinity Solar is seeking to expand the construction of renewable energy plants and developed a plan to implement projects with capacities up to 1GW. They are waiting to get land for the implementation of plants to produce electricity from solar and wind resources.

He pointed out that the solar energy projects in Benban will eliminate unemployment in the region, through direct and indirect jobs during the construction and operation of projects, and all workers will be from Aswan, except for a number of engineers and technicians from each company.