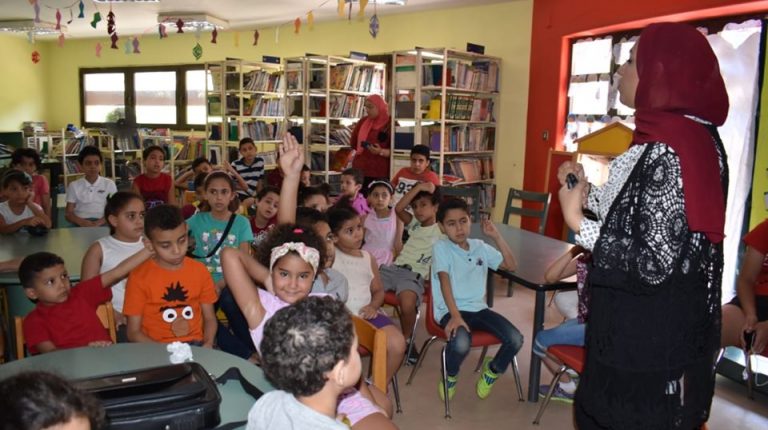 Centuries after the ancient Egyptian civilization has come to an end, Egypt’s Ministry of Antiquities wants to revive its glory by teaching young generations all about it.

In its latest initiative, the ministry launched a teaching Heliographic language programme to children.

After the International Museum Day, the ministry cooperated with a number of public libraries in various districts in Cairo to teach young generations a language that is no longer heard, but only seen in museums.

The programme aims to revive the principles of Ancient Egyptian civilization and teach children what the culture was like, as an inseparable part of the Egyptian culture and heritage.

Rasha Kamal, the director of cultural development department at the ministry of antiquities, stated in a press release that the programme includes a number of lectures and interactive sessions on the Ancient Egyptian civilization languages, especially Heliography.

She also added that the programme includes workshops to teach the participating children their names in Heliography, like ancient kings and queens.

Kamal explained that the programme mainly targets to develop the children’s heritage awareness, through connecting the books they find at the library with the antiquities showcased at the various museums in Egypt.

The programme, which will take place at nine different libraries across the country, also teaches children about the sports commonly practiced across the eras. This is partially alongside Egypt’s hosting of the 2019 Africa Cup of Nations (AFCON).

Lasting for two months, the sessions take place at the Egypt Public Library, and the cultural centres in Heliopolis, Maadi, Shoubra, Helwan, and Sixth of October public libraries.