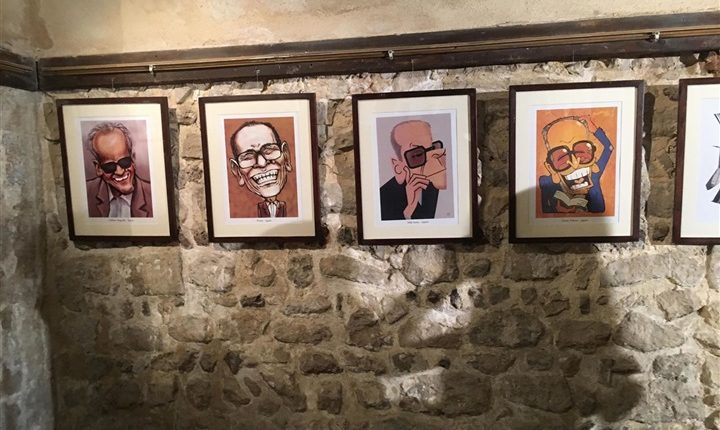 It was once said that caricatures are the putting of faces of jokes on bodies of a truth. When speaking of Egyptians, the art of ironically reflecting reality reaches its peak bringing the ultimate creativity and the beauty of illustrating figures at the Sixth International Caricature Gathering.

The exhibition of the cartoon characters kicked off on Sunday. 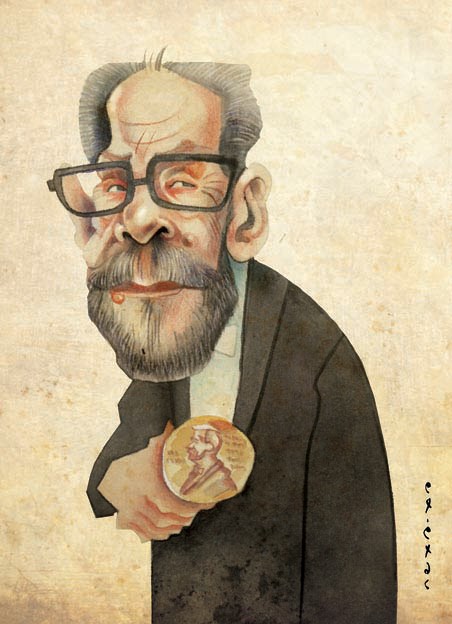 Among the walls of the timeworn, authentic Amir Taz Palace, overlooking the Blue Nile boat, the mansion, belonging to Egypt’s glorious era, reflected its lustre on the showcased caricatures displayed by almost 350 cartoonists from 71 countries.

The  Sixth International Caricature Gathering is organised by the Egyptian Caricature Association, The Cultural Development Fund, and Faculty of Applied Arts, Minya University, under the support of Egypt’s Ministry of Culture.

Over 420 caricatures were displayed on the walls of Amir Taz Palace’s large halls. Under the theme of culture, the participating artists all drew caricatures of the world’s most famous cultural figures including prominent writers, musicians, and artists.

In this year’s edition, over 1,800 art works were submitted to participate by artists from all over the world, yet the selection was limited due to criteria selected by a committee of veteran figures including cartoon artists Mohamed Effat, Farouq Mousa, and Amna El Hammady, as well as journalist Imad Gomaa.

Veteran Egyptian novelist, Naguib Mahfouz, was the main character of the gathering, portrayed in over 100 caricatures by large number of artists showcasing him in different forms, colours, and cartoon poses.

Thalab added that for Kuwaiti cartoonists to participate in such a gathering gives them the artistic accreditation each artist desires. He further explained that Kuwait’s active movements in developing the caricature art led the country to be one of the Gulf’s most leading countries in that field.

“For around 50 years, the cartoon art scene in Kuwait has been leaving a bright mark in the development of the caricature scene in Gulf countries,” he highlighted.

Thalab continued by stating that some of Kuwait’s most prominent artists participated in this year’s gathering.

The gathering focuses on cultural figures from across the world. On the second day of its opening, the gathering opened an exhibition of the prominent Chinese philosopher, Laozi. The exhibition is held at the Chinese Cultural Centre in Egypt.

Under the slogan of ‘Laozi through World’s Eyes’, the exhibition showcases 40 caricatures portrayed by 40 artists from across the world.

The gathering runs until July 21.

Digging into the colourful world of Egypt’s Golden era musicians