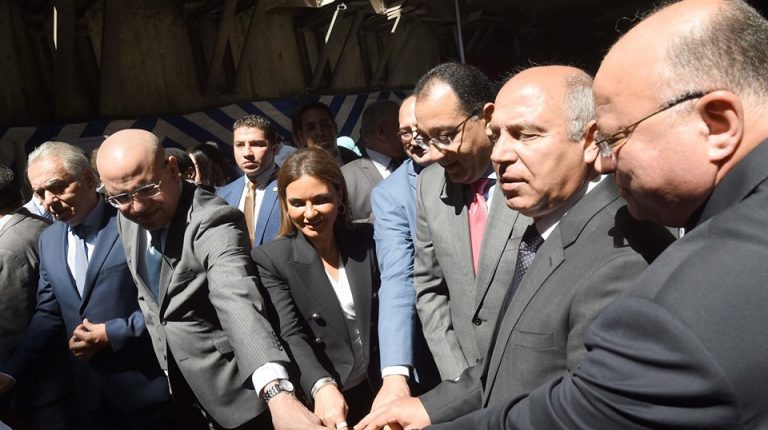 Egypt’s Prime Minister, Mostafa Madbouly, witnessed on Tuesday the arrival of the deep drilling machine at the Gamal Abdel Nasser Metro station as part of the first part of the third stage of Cairo’s metro third line, the cabinet said in a statement.

Egyptian companies have taken part in the field of developing transportation, especially the lines of the metro stations, alongside French businesses, Madbouly said during the launch.

This suggested that Egyptians started to have the experience required to carry out massive projects and to develop in the transportation field, Madbouly noted.

“The cost of establishing this part of the Cairo metro which is to serve the Giza governate is around EGP 30bn, while the cost of the metro Third line is about EGP 97bn,” Madbouly revealed.

Tuesday’s launch marked the first part of the third stage of the Cairo metro Third Line.

The third stage includes three parts. The first is from Al-Attaba to Al Kit Kat with a length of 4 km, including Naser, Maspero, Zamalek, and Al Kit Kat. This stage will be inaugurated in December 2021.

The second part with a length of 6 km will be from the Al Kit Kat to a switch station in Rod El Farag. It includes six stations and will be inaugurated in June 2022.

The third part with a length of 7.1 km from Al Kit Kat station to Cairo University will include five stations including Al Tawfikeya, Wadi Al Nile, and Gameat Al Dewal. It will be inaugurated in April 2023.

Earlier in June, the ministry of transportation inaugurated three new metro stations in Heliopolis within the scope of the fourth phase of development of the Cairo Metro Line 3 before of the Africa Cup of Nations (AFCON) kicked off. The new metro stations are Haroun El-Rashid, Al-Shams Club, and Alf Maskan.

In 2016, the ministry launched the construction of the second part of the fourth phase of the Cairo metro’s Line 3 with a total cost of EGP 5.9bn.