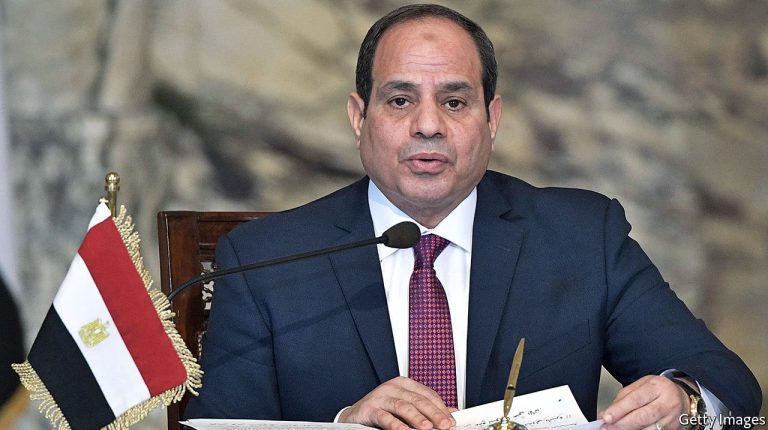 President Abdel Fattah Al-Sisi expressed his congratulations to Sudanese revolutionists on getting rid of the political regime of ousted President Omar Al-Basir and asserted Egypt’s support toward the will of the Sudanese people.

According to the revolutionary fraction of The Sudanese Professionals Association (SPA), a high-ranking Egyptian delegation paid a visit to the Sudanese capital of Khartoum, where they met with representatives of the SPA and transferred Al Sisi’s congratulations to them.

The SPA said in a statement through their official Facebook page released on Tuesday that the Egyptian high-ranking delegation was present at the association’s headquarter in Khartoum and discussed the historical relations between the two countries.

“The SPA met on Tuesday afternoon with a high-ranking Egyptian delegation. The delegation transferred Al-Sisi’s congratulations on the victory of the Sudanese people’s will in their glorious revolution that led to the removal of Al-Bashir’s regime” the statement read.

It added that the meeting discussed the necessity to execute the Sudanese people’s demands to rapidly reach a civil authority in power in order to achieve fair and comprehensive peace in Sudan.

The association did not unveil any information on the identities of members of the Egyptian delegation that arrived to Sudan.

In an interview with the Saudi newspaper of Al-Sharq Al-Awsat, head of the Sudanese Transitional Military Council (TMC) Lieutenant General Abdel Fattah al-Burhan said that numerous coup trials against the council took place recently, the last one was on Sunday, accusing entities that he preferred not to name of being responsible of the failure of talks between the council and opposition.

According to his statements to Al-Sharq Al-Awsat, Al-Burhan asserted that the council is determined to achieve real partnership and cooperation with the Declaration of Freedom and Change, which is representing the Sudanese revolutionists.

“Since the start of the revolutionary movement, we, the members of the Sudanese TMC, pledged to open dialogue with the Declaration of Freedom and Change, however, we witnessed the occurrence of several troubles that created a gap between us, now we are back to work as partners, and we are working hard to save our country and secure a prosperous future for it” Al-Burhan explained during the interview.

He added that there are ongoing investigations to reveal entities that deliberately hinder dialogue between them and the Declaration of Freedom and Change.

Since the 8th of June, the TMC has been the current military junta governing Sudan. The council was established on 11 April 2019, after the 2019 Sudanese coup d’état, and is formally headed by Abdel Fattah al-Burhan, inspector of the armed forces, after Lieutenant General Ahmed Awad Ibn Auf resigned as leader one day following the coup.