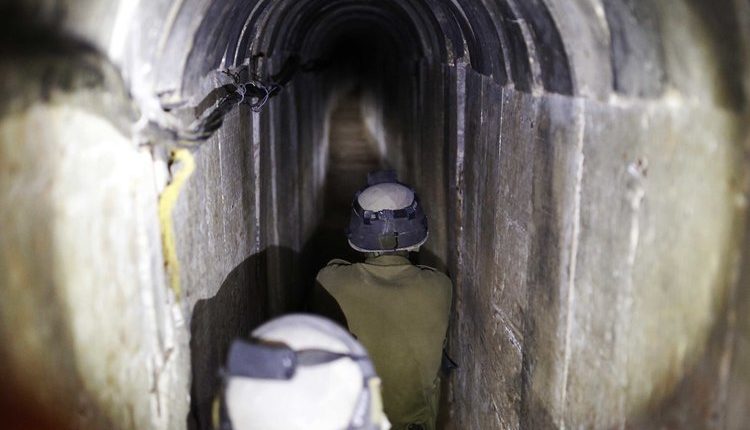 Israeli Defence Forces (IDF) said on Monday that a tunnel located south of the Gaza strip was discovered while establishing a concrete wall on the borders to people based in the strip from building tunnels toward Israel, according to a statement from spokesperson of the Israeli military, Avichay Adraee.

“During the establishment of a concrete wall on the borders with the Gaza strip, we discovered a new track for a tunnel located south of the Gaza strip” Adraee said.

Through the past months, the IDF have been conducting drills along the border fence located in the eastern side of the Gaza strip. These drills aim to establish a concrete wall to suspend any trials to establish tunnels passing between the strip and Israel.

This is not the first time that Israel declares discovering tunnels that pass from the Gaza strip toward Israel.

Also, later on Monday, the IDF announced downing a drone that took off from the Gaza strip. However, the IDF did not unveil details on the downed drone, such as the place or the task of the drone.

Meanwhile, no Palestinian group based in the Gaza strip claimed responsibility on launching the aforementioned drone. Throughout the last years, the IDF declared downing a number of drones that have been launched from the Gaza strip.

Recently, Egypt’s Grand Mufti, Shawqy Allam, denounced the establishment of a tunnel by Israel in the city of Jerusalem near the Al-Aqsa Mosque, considering this step a trial from Israel to change the Arabian and Islamic identity of Jerusalem.

Through a statement that was released by Dar al Ifta, it attacked the establishment of the ‘Pilgrimage Tunnel’ in the old part of Jerusalem, beneath the town of Silwan near Al-Aqsa Mosque. The statement noted that this is part of a Zionist scheme to change the identity of Jerusalem and Al-Aqsa Mosque.

“We totally refuse all trials and schemes conducted by the forces of the Israeli occupation to change the identity of Jerusalem and Al-Aqsa Mosque. We reassure our refusal to any measures and steps conducted by Israel to impose its sovereignty over Jerusalem” the statement read.

Allam said that these types of drills conducted by the Israeli occupation beneath Jerusalem are totally refused and represent extreme danger to Al-Aqsa Mosque.

Last week, Israel inaugurated the ‘Pilgrimage Tunnel’ in the presence of the United States ambassador to Israel, David Friedman, and US special envoy, Jason Greenblatt, as the tunnel passed the town of Silwan and is beneath Al-Aqsa Mosque.