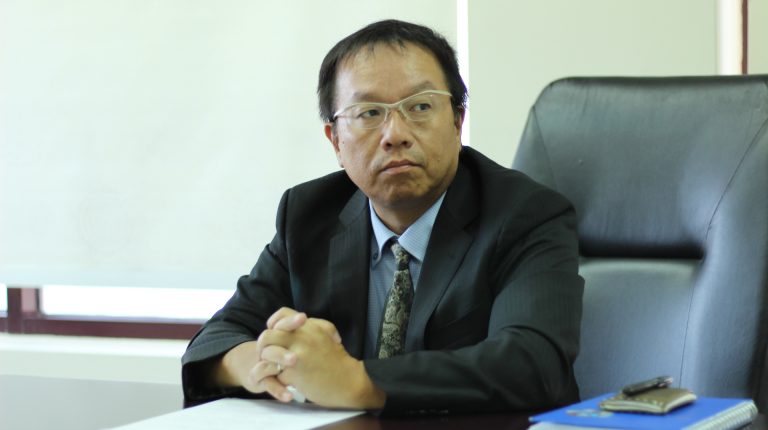 The Japan External Trade Organization (JETRO) is holding a series of meeting with the cabinet and its affiliated government agencies to find solutions to many of the problems facing Japanese investments in Egypt.

In a press interview conducted by Daily News Egypt with Takashi Tsunemi, head of JETRO in Egypt, he said that Japanese car manufacturers in Egypt complained about the bad competitive environment and the impact of implementing custom exemptions on European cars earlier this year.

JETRO called on the cabinet and the ministry of trade and industry to intervene to provide additional incentives and create a competitive environment in light of the large investments made by the Japanese side in the local assembly and manufacture of cars.

Tsunemi pointed out that other meetings were held previously, and they continued and the last of which was on 18 June. He held two previous meetings with the cabinet and the Minister of Investment and International Cooperation in the same month, during which the ministers promised to solve the problems.

Furthermore, Tsunemi said that the Japanese side is very happy with the high-level intervention of the Egyptian state to solve the problems of companies and protect their investment, as President Abdel Fattah Al-Sisi has already intervened personally along with the cabinet to solve all obstacles.

Moreover, Tsunemi said the cabinet stressed the impact of zero customs applied on European car customs on the domestic market, and Japanese companies received a promise to seriously consider some incentives or measures to rebalance the competition.

In the context, companies complained about the procedures of the customs clearance system, as one of the Japanese companies had its imported components damaged and delayed in clearing.

Tsunemi added that the matter was also presented to the cabinet and a separate meeting was held with the head of the customs department, who promised to intervene, and that the other shipments received to be handled in a better manner.

He pointed out that the ministry of finance and the Egyptian Customs Authority in their last meetings with JETRO promised to take new measures to cut clearance time to 72 hours soon. 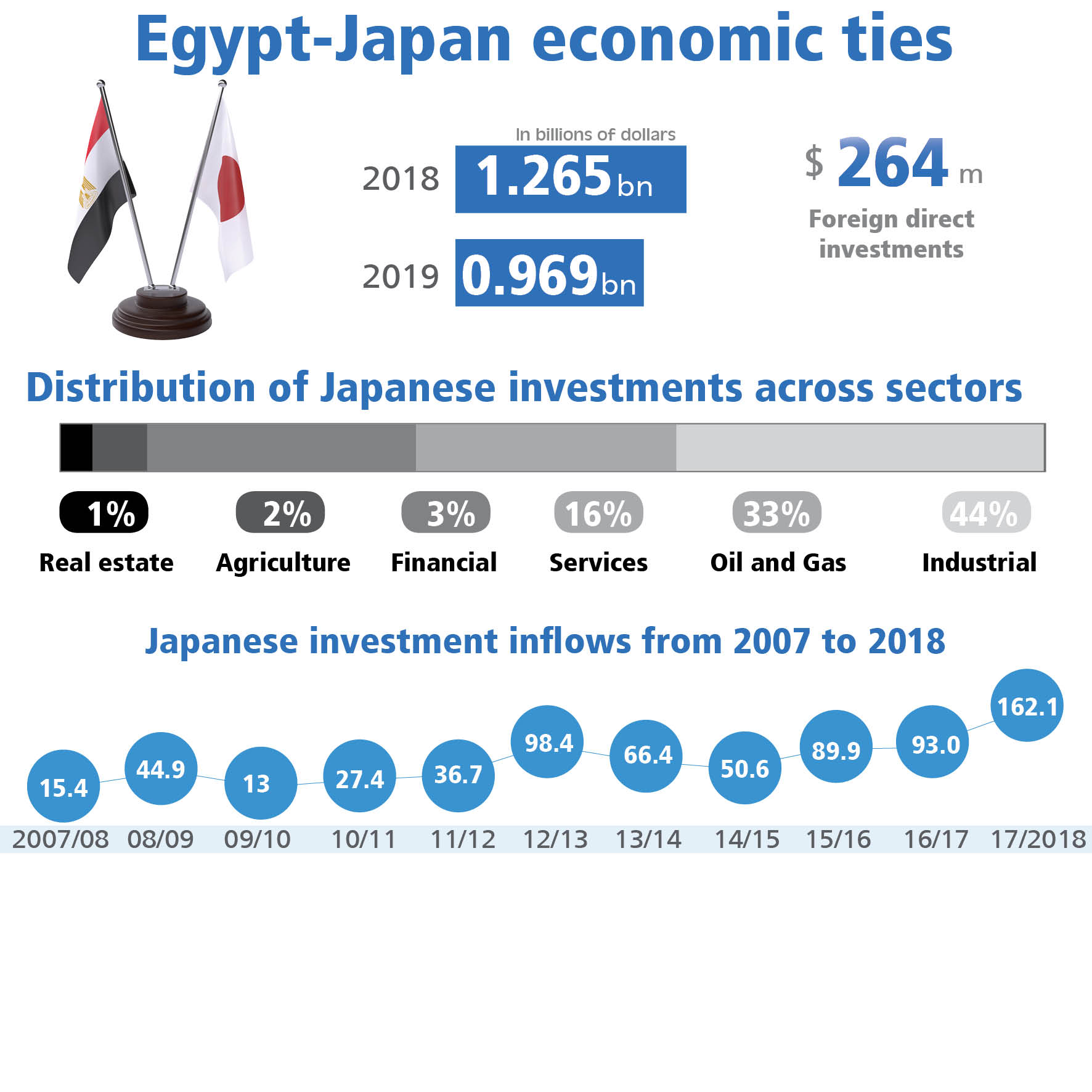 JETRO’s Managing Director said that the proposal for the establishment of a Japanese economic zone in Egypt has not yet come into force, and no official instructions have been issued by Japan to activate such an agreement. He said that JETRO will take over negotiation procedures if approved by the Japanese government.

About 50 Japanese companies are working in Egypt in various fields, including household products, electrical and automotive industry, and some factories in the industrial area in the 10th of Ramadan City that exports to Africa, including Unicharm Company for manufacturing baby diapers and paper napkins, YKK Company which is specialized in manufacturing zippers, companies in food industries, constructions companies and infrastructure, other companies working in the field of renewable energy and wind energy, and some companies engaged in the implementation of metro lines in terms of supplying tasks and drilling.

Tsunemi stressed that the Egyptian political leadership is keen to cooperate with the Japanese side in the various projects, and President Abdel Fattah Al-Sisi stressed this on more than one occasion, but what hinders the expansion process is the high cost of the Japanese product compared to competitors. President Al-Sisi urged that matter to be addressed and the Japanese government is working to find a solution to provide a product commensurate with the purchasing power of customers in Egypt.

He pointed out that the most prominent problems in Egypt is the weak education system, which the government is now considering, where there is a plan to develop the educational system by the Ministry of Education and the results are expected to become visible in 20 years.

Tsunemi also stressed that it is necessary to focus on providing more incentives to some specific sectors to complement the Investment Law, in order to ensure the reaping of the rewards of economic reform. He cited experiences presented during a cabinet meeting by a representative of the Japanese companies for the incentives offered to partners operating in Turkey and Morocco.

Moreover, he referred to the need to improve the efficiency of government employees and overcome the routine and slow procedures.

He stressed that one of the biggest problems faced by Japanese and foreign investors in Egypt, is residency procedures and work permits, which may require a full year to get.

Additionally, he pointed out that the approvals of the projects and the multiplicity of bodies authorised to approve them is a major problem and must be worked on, and it is not natural to allow a foreign company to invest in a project and represent years to obtain licenses and approvals.

Tsunemi highlighted the growth of trade exchange between Egypt and Japan by 30%, where transactions reached $1.2bn in 2018 up from $0.9m the year before.

Over and above, Tsunemi attributed the growth to the increase of Egyptian exports to Japan, especially oil products and agricultural crops.

He pointed out that preparations are being made, in cooperation with the Egyptian-Japanese Business Council, to benefit from the Tokyo International Conference on African Development 2019 scheduled for August in order to hold working sessions between Egyptian and Japanese companies.

JETRO is a public institution with a special status set up to promote Japanese exports to the world at large and it was established in 1958.

Cairo’s JETRO office is one of the oldest offices of the Commission and its first office in the Middle East and North Africa, where it was established at the end of the 1950s.

Japan’s JETRO is working with the General Authority for Investment and Free Zones to offer investment opportunities in Egypt, as well as encouraging Japanese companies to pump more investments in Egypt.

JETRO offers a variety of other valuable services and support, including the organisation of fairs and exhibitions and trade missions.

Japan External Trade Organization also continues to conduct economic research abroad and gathers a lot of information to disseminate to the business community.

After the growth of Japan’s trade surplus to unexpected levels, it focused on helping foreign companies enter the Japanese market through its branches abroad, numbering 76 branches around the world.