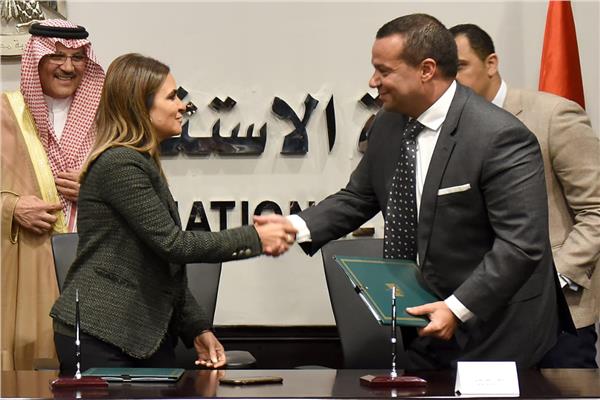 The Saudi Fund for Development (SFD) inked three grant agreements worth of EGP 125m in favour of three Egyptian companies working in the field of small and medium-sized enterprises’ (SMEs) leasing sector.

This took place in the presence of Egypt’s Minister of Investment and International Cooperation (MIIC), Sahar Nasr, the Minister of Transportation, Kamel Al-Wazir, and the Saudi ambassador to Egypt, Osama bin Ahmed Nuqali.

The three Egyptian companies that benefit from the agreements are EFG Hermes Leasing, Global Lease, and UE Finance, a statement from the MIIC said on Wednesday, adding that the agreements aim to support Egypt’s private sector with diversified financial tools.

The agreements are part of the MIIC’s initiative to support financing projects’ programmes which contributes in creating job opportunities, expanding social solidarity, and offering the leasing financial tools for the SMEs sector.

Nasr asserted that Egypt and Saudi agreed on supporting Egypt’s infrastructure and financing the private sector in addition to injecting new Saudi investments in Egypt, adding that next period will witness the announcement of new joint cooperation in the transportation sector.

The signed agreements reflect the sturdy economic relations between Egypt and Saudi Arabia as the agreements will benefit the SMEs sector in several Egyptian governorates, Nuqali said, praising the SFD’s role in supporting the developmental projects in Egypt and other countries.