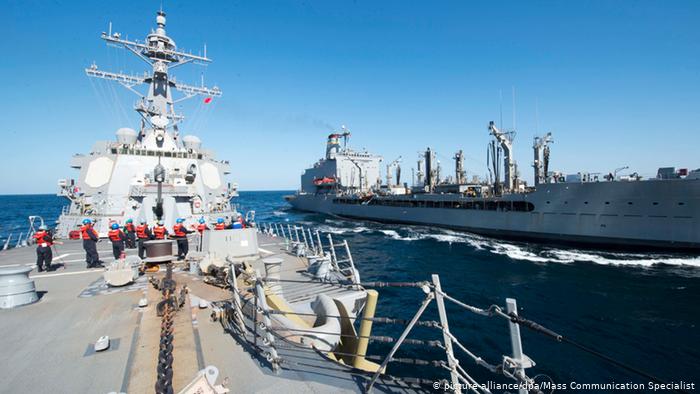 The United States military is aiming to form a naval coalition of allies that would guarantee freedom of movement in strategic waters around the Arabian Peninsula.

Under the plan announced on Tuesday, the US would provide “maritime domain awareness and surveillance,” while each coalition member would provide protection to the commercial vessels that fly under its flag.

Patrols would be carried out in particularly vulnerable waterways, such as the strait of Hormuz, between the Persian Gulf and the Gulf of Oman. The Bab-el-Mandeb strait, which separates Yemen from the Horn of Africa, would also be included.

“We’re engaging now with a number of countries to see if we can put together a coalition that would ensure freedom of navigation both in the Straits of Hormuz and the Bab-el-Mandeb,” said Marine Corps General Joseph Dunford, chairperson of the Joint Chiefs of Staff.

“I think probably over the next couple of weeks, we’ll identify which nations have the political will to support that initiative and then we’ll work directly with the militaries to identify the specific capabilities that’ll support that,” Dunford said.

Nearly a third of the world’s oil is transported through the maritime space, where tensions have spiked in recent weeks. The US blames Iran for multiple attacks on oil tankers, while Tehran has also shot down an unmanned US military surveillance drone.

US Secretary of State, Mike Pompeo, said last month that he hoped more than 20 countries would work together on building maritime security in the region, including the United Arab Emirates and Saudi Arabia.