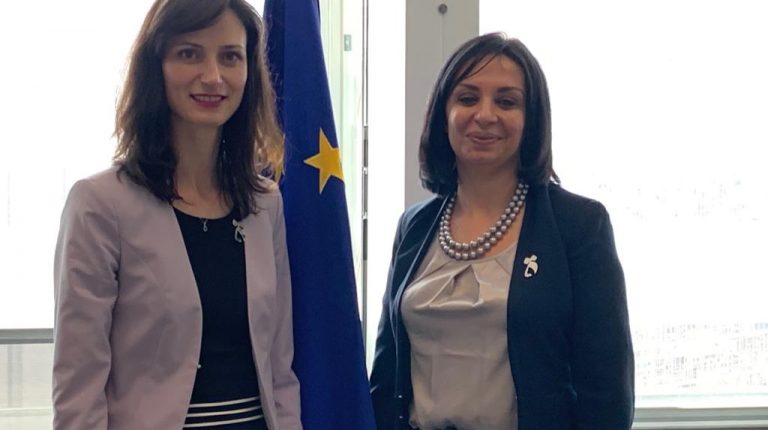 The economic empowerment of women through technology and digitisation is one of Egypt’s top national priorities at this stage, President of the National Council for Women (NCW), Maya Morsi, said.

Morsi’s remarks came during her meeting with the European Commissioner for Digital Economy and Society, Mariya Gabriel, during the former’s visit to the EU institutions in Brussels last Tuesday.

Morsi highlighted Egypt’s efforts in the field of developing and empowering women in light of the unlimited support from the political leadership to the council, which was reflected in various legislative, political, and economic domains.

She also mentioned the country`s steps in benefiting from digital technology to achieve a real qualitative change in development of women.

For her part, Gabriel praised the steps that Egypt took in the field of women’s empowerment and digitisation, stressing that she is following such developments in Egypt.

“We are ready to cooperate with Egypt at all levels in these two areas to exchange experiences,” she asserted.

Moreover, Egyptian President Abdel Fattah El-Sisi highlighted the major axes through which Egypt is working to address issues of inequality and empowerment of women during his participation in sessions on both topics as part of the G20 summit held in Japan on 28-29 June.

Many international sides participating in the summit praised the great progress Egypt has made in the area of women’s empowerment, presidential spokesperson, Bassam Rady, said.

They also praised the recent constitutional amendments that increased the representation of women in parliament to 25%.

The president also praised the important role played by Egyptian women in the development of society, noting that Egypt has launched several programmes to empower women.