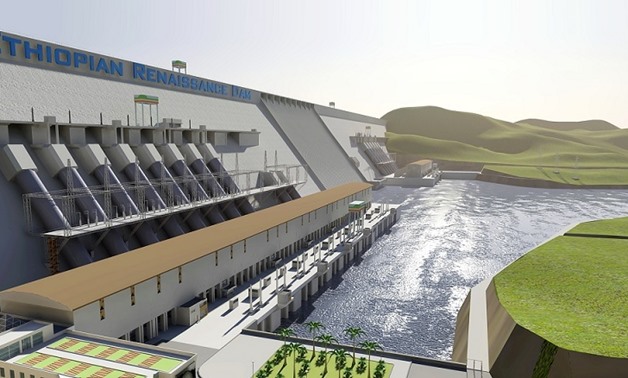 Ethiopia’s economy and wealth levels have been growing strongly at 9% per annum on average for the past five years. Moody’s Investors Service published a new report on Tuesday addressing the reform efforts, political situation, and external risks in Ethiopia.

The report highlighted the Ethiopian government’s reform efforts to increase private-sector involvement in the economy and improve infrastructure.

The new Ethiopian government has emphasised the need for these reforms to sustain current growth rates and achieve the levels of wealth required for sustainable development. This will also help the government reduce the level of state-owned enterprises’ (SOE) debt, which continues to constitute a high proportion of the government’s debt burden.

According to the report, these efforts are in line with the political steps which led to increasing deficiencies in the goods and services markets and easing the burden on the government balance sheet. But the report also points out that it will take time for benefits to be realised and they carry a plethora of implementation risks.

The availability of reliable electricity is critical to Ethiopia’s growth and development, so the National Electrification Programme aims to achieve universal electricity access by 2025 by building new infrastructure with greater private sector involvement.

In March 2018, the authorities revealed that efforts had supported an increase in the total electrification rate to 44% from 30% in 2017.

Furthermore, the Ethiopian government is working hard to finalise the establishment of its largest dam, the Grand Ethiopian Renaissance Dam (GERD) which is expected to provide the country with enormous electricity production. In March 2019, Ethiopia announced signing a deal with the China Gezhouba Group to accelerate the construction of the GERD for $40.1m, and a $113m contract with Voith Hydro Shanghai to complete the project.

In the budget presented on June 13, 2019, the government passed a new law that created an independent regulator able to issue licences for new players to enter the telecoms market. The budget also confirmed plans to split the state telecoms provider, Ethio Telecom, into one entity for infrastructure and one for services.

At end June 2018, the company had 41 million mobile customers and a gross profit of ETB 27bn (approximately $1bn).

He added that “in the short-term, support from the international community and the re-profiling of external bilateral debt of state-owned enterprises will be crucial to Ethiopia’s external and liquidity position, especially as its export earnings are volatile.”

In April 2018, Abiy Ahmed was selected to be the prime minister of Ethiopia succeeding Hailemariam Desalegn who resigned in February 2018, amid political conflicts in the country.

Since Ahmed’s rise to power in Ethiopia, he has released political prisoners, lifted the ban on political parties, and prosecuted officials accused of gross human rights violations, but ethnic violence has erupted in many areas, including Amhara.

Moody’s report highlighted the role of the political environment in achieving the reform. But it stressed that much of the reform’s success will depend on the buy-in of the Ethiopian People Revolutionary Democratic Front (EPRDF) coalition, of which some members appear sceptical about the prime minister’s market-oriented focus.

Despite observing a broad stabilisation in the political environment in the last two years, the report noted that the attempted coup in Amhara underscores the sovereign’s underlying susceptibility to domestic political risk.

However, some of the reforms the prime minister has pursued since being elected have stirred-up underlying tensions within his Oromia Democratic Party, the ruling coalition and the wider country.

These tensions have materialised with at least two incidents that deemed a threat on the prime minister’s life since being elected and more recently with the attempted coup in Amhara state. These events underscore the elevated political risks in Ethiopia, which the Worldwide Governance Index indicators continue to assess as low relative to both regional and rating peers.

The Amhara region, which is north of Addis Ababa, one of nine provinces in Ethiopia and the second largest region in the country witnessed a coup attempt two weeks ago which resulted in killing the Ethiopian Military Chief of staff, General Seare Mekonnen, by his own bodyguard.

One of the major steps that were taken by Ahmed’s government to improve the political environment was the agreement with its neighbour, Eritrea, to end the 20-year conflict between the two countries.

The report says that signing in the treaty with Eritrea has contributed to easing the political risks in Ethiopia over the last two years.

Risks are unlikely to dissipate in the run-up to elections scheduled for 2020, as the government’s reform agenda risk exacerbating ethnic tensions in some parts of the country. In Ethiopia, these persistent political challenges are likely to be felt most prominently via any impact on investor perceptions, given that some sectors of the Ethiopian economy are heavily dependent on foreign direct investment, according to the report. 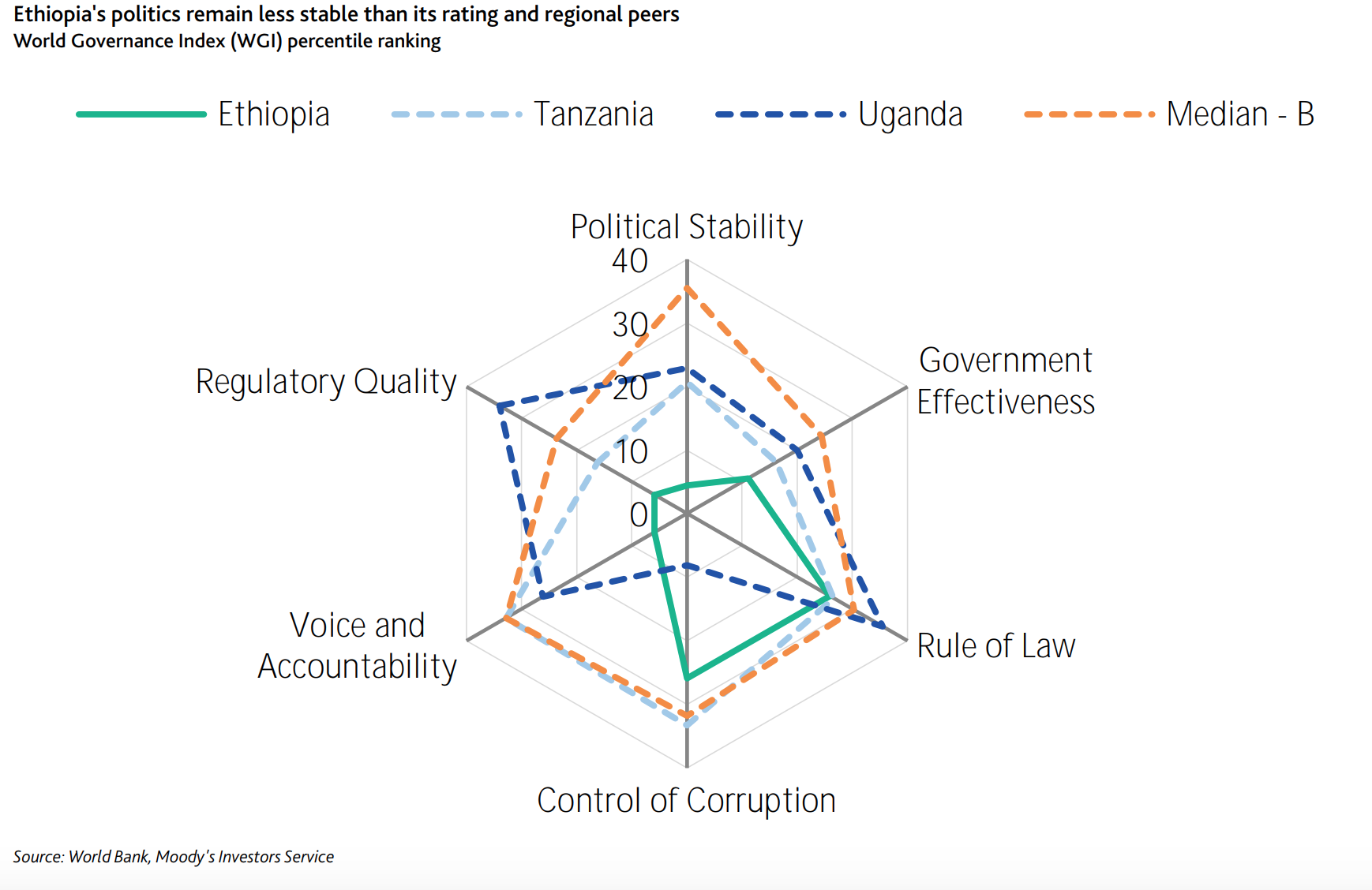 It said that most sectors of the Ethiopian economy depend on FDI and the impact could be material if investors continue to view Ethiopia as not stable enough to invest. The Worldwide Governance Index scores are also a key input in the assessment of institutional strength.

Dalrymple said that although its gross borrowing requirements are low relative to rating peers, Ethiopia is heavily reliant on foreign currency to repay its external debt (30% of GDP). Low foreign exchange reserves (4% of GDP) and volatility in export earnings exacerbate the related credit risks.

He noted also that the International Monetary Fund (IMF) has classified Ethiopia as at high risk of external debt distress since 2017 because of its low level of export receipts relative to the present value of its stock of external debt.

“The fact that only about a quarter of its public external debt was contracted with private creditors mitigates some of the risks,” he said. 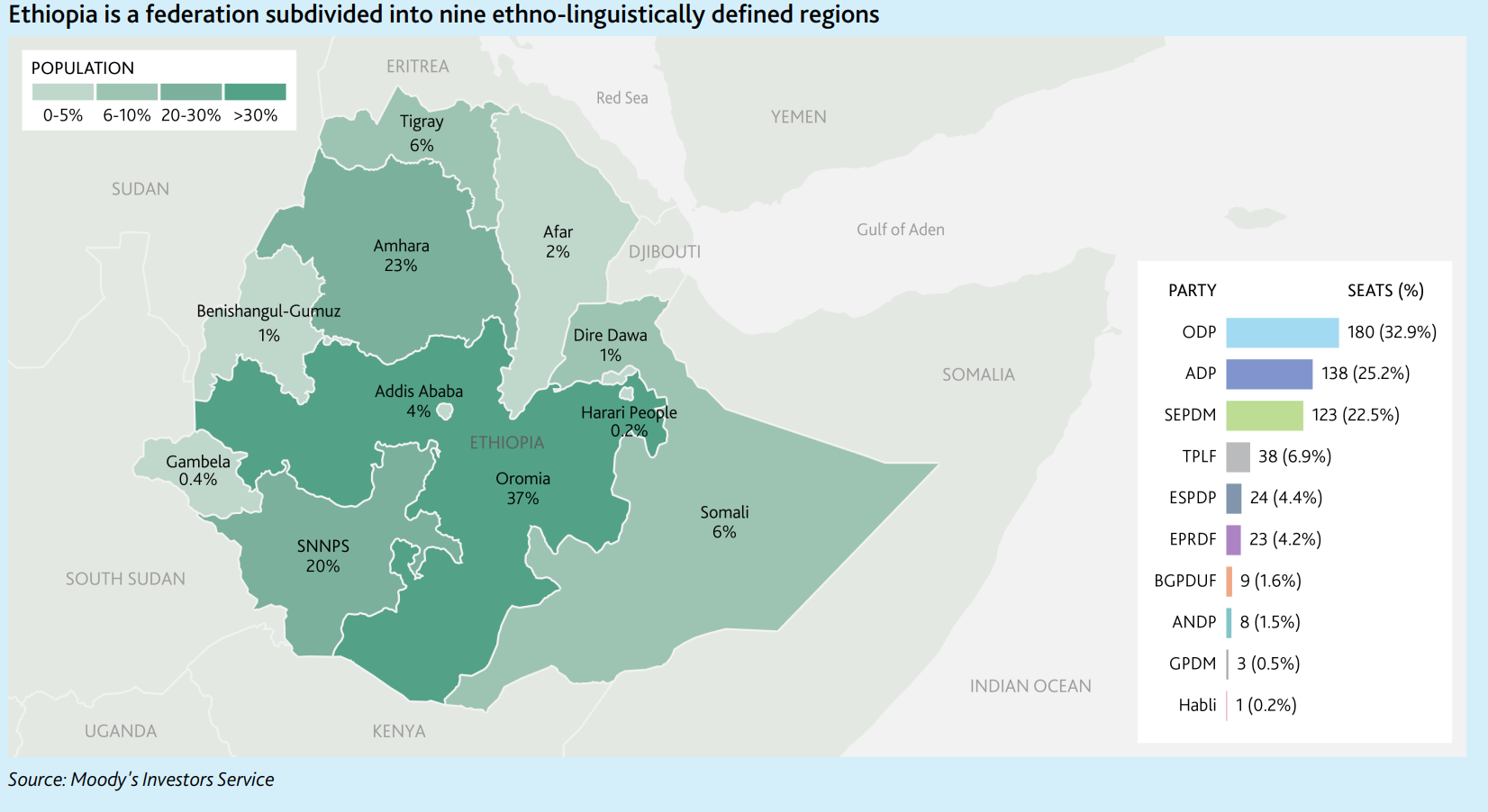 In the longer term, Ethiopia will need to refinance its $1bn Eurobond maturing in fiscal 2025, as the country receives significant concessional loans through the World Bank Group’s concessional window IDA, loans and grants from the EU, and bilateral donors.

The report estimates the amortisation of public external debt in fiscal 2020 to be $1.7 bn, which is equivalent to 45% of the level of reserves. This is somewhat mitigated by large FDIs.

In May 2019, the World Bank approved a guarantee instrument in an amount of $200m to support Ethiopia’s public private partnerships (PPP) projects in the energy sector. The guarantee will temporarily supplement the country’s external position but the authorities are also seeking to re-profile some bilateral external debt of SOEs to reduce the mismatch between loan repayments and the point at which key projects start to generate revenue.

The authorities already extended the amortisation schedule of a $2.5 bn loan tied to the Addis Ababa-Djibouti railway last September to 30 years from 20 previously. We do not account for the bilateral debt re-profiling in our external debt amortisation estimate.