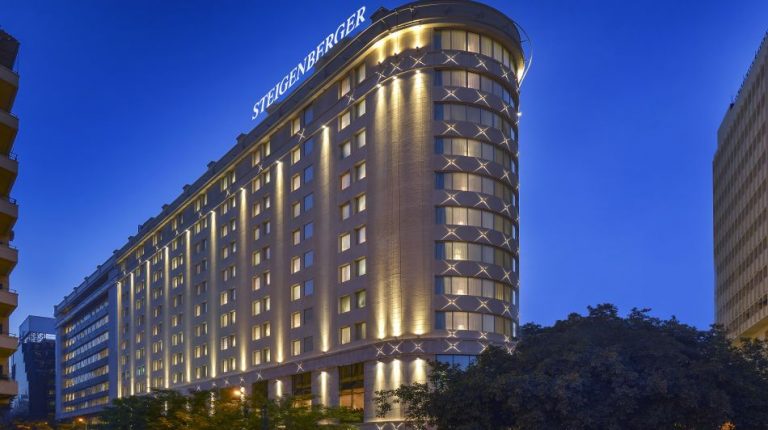 Deutsche Hospitality, represented in Egypt by the Steigenberger brand, is to open two new hotels; one in Taba in South Sinai and the other in Luxor, by the end of the year, according to Thomas Willms, CEO of Deutsche Hospitality.

The planned Taba hotel to include 398 rooms, while there will be 281 rooms in the Luxor hotel, Willms told Daily News Egypt in an interview.

He tackled tourism in Egypt and the expansion plans of Deutsche Hospitality in the Middle East.

The interview also touched on the procedures that the government has to take in order to develop the tourism sector and the evaluation of Egypt’s tourism nowadays, disclosing the top nationalities that visit Egypt currently, the transcript for which is below, lightly edited for clarity:

Let’s introduce Deutsche Hospitality to the readers: how many brands does the company own?

Our hotel portfolio encompasses 150 hotels in 11 countries in Europe, Asia, and Africa. Deutsche Hospitality brings together five separate hotel brands under a single umbrella. Steigenberger Hotels and Resorts has nearly 60 hotels housed in historic traditional buildings and lively city residences as well as health and beauty oases set at the very heart of nature. MAXX by Steigenberger is a new and charismatic concept, which places the focus on the essential under the motto “Maximize your stay”.  Jaz in the City reflect a metropolitan lifestyle and draw upon the local music and cultural scene. IntercityHotel brand offers more than 40 upper mid-range urban hotels, all of which are located within easy walking distance of railway stations or airports. Zleep Hotels is a well-known and successful hotel brand in Scandinavia which offers service and design at a great rate for many. In Egypt, we have Steigenberger with 12 hotels and six Nile cruisers.

What about Deutsche Hospitality’s expansion plan in the Middle East?

Deutsche Hospitality runs hotels in Tunisia, Dubai, Oman, and Saudi Arabia. We are looking forward to expand in other Middle Eastern countries.

Will you introduce any new brand of Deutsche Hospitality in Egypt?

What about Deutsche Hospitality’s global earning for 2018? (annual report)

As a private company, we enjoy the luxury to build our future development on a sustainable strategy, which includes middle- and long-term growth. Our aim is to double the number of hotels within the next five years, so that we can run 250 in the year 2024. The year 2018 was the most successful in our 90-year-long history. This is more than a solid basis for international growth.

How do you see the floatation’s effect on the tourism sector in Egypt?

Surely, it had a positive effect on the Egyptian tourism sector. However, I think what the Egyptian authorities really understood during the last years is that when it comes to rates, it is essential to ensure a minimum standard. This is the only way to constantly push quality to the next level. On the long run, the most valuable tourism for every country is focused on quality and sustainability more than on cheap trips.

How did Steigenberger deal with Egypt’s tourism crisis in past eight years? Was any of the workers laid off during that period?

Prioritising and investing at staff training and development is basic to ensure reaching world class standards of service. Therefore, we also try to be hosts for our guests as well as for our employees. If one hotel currently doesn’t need the power of all employees, we transfer them to another hotel – as a task force. We take care of our employees.

How many employees are there in Deutsche Hospitality in Egypt and in total?

Do you think the tourism crisis is still ongoing? And what are your expectations for this year?

We see the positive efforts the government is undertaking to foster economy, especially the tourism sector. The government did some great efforts in the private sector; they improved transparency and strengthened social solidarity pensions. They did a lot to bring Egypt back on the right track by promoting Egypt’s tourism all over the world.

We are proud to run 12 hotels and six Nile ships in this beautiful country. We have five new hotels in the pipeline which we are looking forward to running. So, our decision is clear enough: We believe in the ongoing growth of the Egyptian economy. In facts and figures, the year 2018 witnessed outstanding performance and all the hotels had exceeded the financial budget with healthy ratio. We maintained our leading position when it comes to RevPAR.

What about your hotels’ average occupancy rates in Egypt this year?

Our hotels in Egypt recorded their highest occupancy since 2012. Egypt’s hotel occupancy rate reached record levels in the beginning of 2019, reaching its highest level since 2012, according to the STR report. The STR stated that occupancy grew from 21.2% to 60.1% in the first quarter (Q1) of 2019.

What about the top nationalities that visited Egypt this year according to destination? 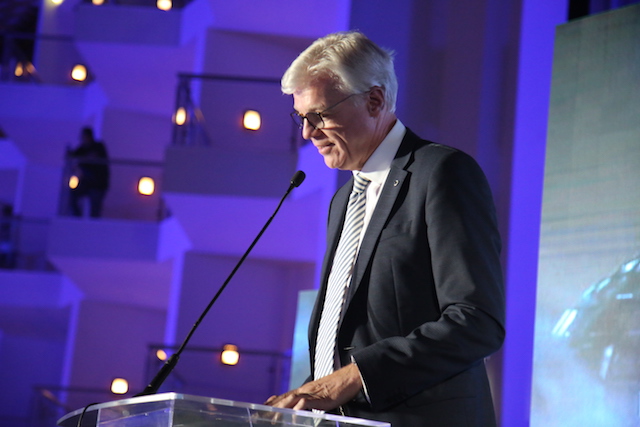 In your opinion, what needs to be developed in Egypt to attract more tourists?

The most important issues that Egypt faces as well as other tourist destinations all over the world within the next years concern for quality, safety, human resources, and sustainability.

Speaking about source markets, especially Egypt, it is deeply connected with the European market. In our hotels in Europe, we experience since some years an increasing number of Chinese and Indian tourists. We see this trend also for Egypt within the next years. Especially as China is a big market of 1.3 billion people in the country, 100 million travelling at the moment. Chinese guests prefer more cultural tourism than the tourism, which is very interesting to Egypt.

What about the company’s corporate social responsibility (CSR) in Egypt?

We strongly believe in our CSR – not only as part time projects, more as a part of our philosophy. As part of our global CSR strategy, we are proud of our Egyptian hotels which really foster for our CSR team for going the extra mile: they are so engaged! All our hotels in Egypt are currently implementing an environmental management system that is based mainly on the “Green Star Hotel” (GSH) demands and criteria. Beneath that we have massive improvements using motion sensors, power saving cards, time switches and many things more CSR is about looking at every part of the value chain to gain the maximum improvement.

Steigenberger hotels are also the main sponsor for the UN programme of protecting migrating soaring birds through Egypt. We are members in the HEPCA organisation, a local organisation that is involved with environment preservation in the Red Sea, the hotels contribute to the support of the protection and conservation of the coral reefs including supporting natural protected areas and areas of high biodiversity value. Most hotels organise and participate annually in local environmental campaigns and actively at the local community.

Four hotels will start to partially produce energy from solar energy. Eight other hotels are planning to be GSH certified. And we have a lot more to offer, including a pilot project in Makadi to produce our own drinking water to reduce plastic bottle waste.